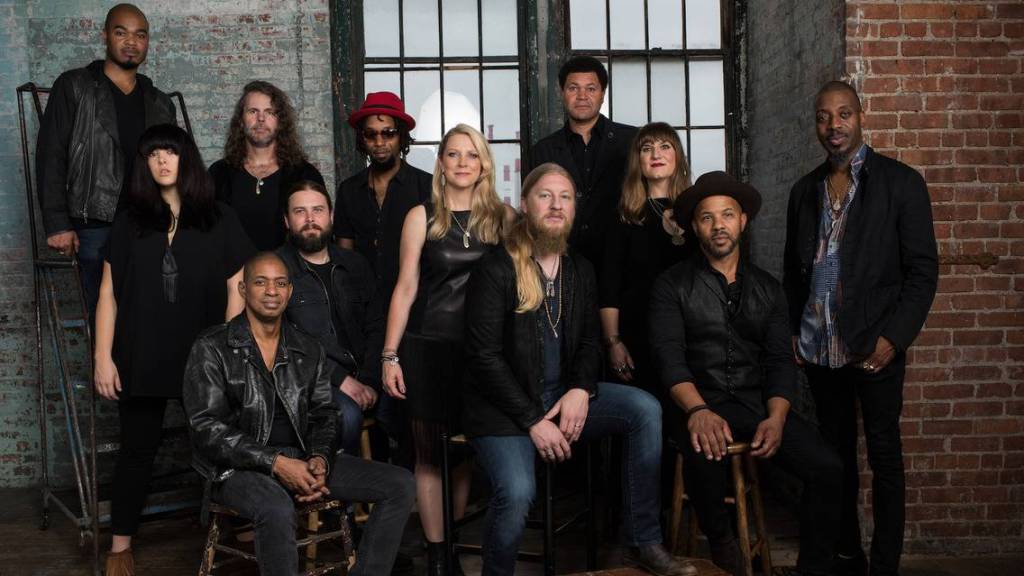 St. Petersburg, Florida (June 30, 2019) – It’s a steamy Sunday evening in beautiful downtown St. Petersburg Florida. On a day where most people will have found themselves at one of the areas pristine beaches, now that the sun is starting to hang low in the sky, what better way to end the day than with a great concert. Tonight, at Al Lang Stadium, fans will get to cool off under the stars with an evening of blues delivered by none other than The Tedeschi Trucks Band with Blackberry Smoke, and Shovels and Rope in support.
As the crowd ambled in, Shovels & Rope took the stage to kick the evening off. This duo hailing from South Carolina, is made up of the husband and wife team of Michael Trent and Carry Ann Hearst. Having recently released their album By Blood, of course their time on stage would lean heavily from this release. With a sound that combines, country rock, folk and of rock n roll, they were the perfect band to get everyone in the mood for tonight’s show.

Now it was Blackberry Smoke’s turn to show the packed venue why they have such a great reputation for putting on live shows. This Atlanta Georgia based band isn’t your typical southern rock band. Blending Americana, roots rock, southern rock, and even country into something unique and all their own. This quintet is made up of Charlie Starr the vocalist and guitars, bassist Richard Turner, Brit Turner on drums, Paul Jackson on guitars, and Brandon Still on keyboards. From the moment they hit the stage, the ease and joy that they radiated was infectious. While they only had enough time to play an eight song set, what a set it was. Charlie Starr sounded great, and he was playing a gorgeous custom carved Telecaster. While they mostly played their own material, they snuck in an amazing cover of the Elton John classic song “Burn Down the Mission” and the Lynyrd Skynyrd song “Ain’t Much Left Of Me/Mississippi Kid”. If the show were to end after Blackberry Smoke was done, most people would be satisfied as up to this point, it was a fantastic concert. Thankfully that wasn’t the case as Grammy Award winning band The Tedeschi Trucks Band.

With the sun finally down, all the members of The Tedeschi Trucks Band amble onto the stage with little fanfare. To them this may seem like another day at the office; relaxed, and cool as cucumbers. But the second the lights go on; they magically dial it up to eleven and a ferocity comes out of Derek Trucks Gibson guitar that harkens back to all of the classic Allman Brothers shows he was a part of. Susan Tedeschi’s cool sultry vocals are a perfect foil to Derek Trucks vicious slide guitar work. When the horn section kicks in, Al Lang Stadium turned into nothing short of a full on revival. Midway through the show, Charlie Starr the lead singer of Blackberry Smoke made an appearance and shared his vocals and guitar work on the Charles Segar song “Key To The Highway” to the delight of the crowd. The guitar work of Trucks, Tedeschi and Charlie Starr gave the song an otherworldly texture and depth. At one point Starr was watching Trucks in complete awe as he belted out a slide drenched solo that gave everyone in the place goosebumps. As the song was nearing its end all three were joined at this hip in an amazing moment of a brilliant joint guitar solo. As the night wore on Derek Trucks would whip out hellacious solos in between the smoky lyrics belted out by Susan Tedeschi and of course the bass and dual drum work counterbalanced every note that Trucks wrenched from his guitar. Derek Trucks utter brilliance was once again in full display during the encore. The band whipped into a cover of the Joe Tex song “Show Me” and as the song progressed Trucks would point out to individual members of the horn section and they would trade licks note for note. As they all went back and forth, the passion, energy and exuberance that the band had spilled over into the crowd. Its indescribable, magical moments like these that make going to a live concert a necessity, because it can’t be captured for social media; it has to be experienced in person to fully appreciate the moment. As this stunning evening wound down, and another weekend in beautiful St. Petersburg came to an end, it was this concert by The Tedeschi Trucks Band that perfectly capped off an idyllic day. With their tour named Wheels of Soul, there was plenty of soul for the packed crowd in addition to the blues and rock that was brought to the stage. If you are a fan of the blues, rock and soul this may very well be the tour of the year and is a can’t miss event. 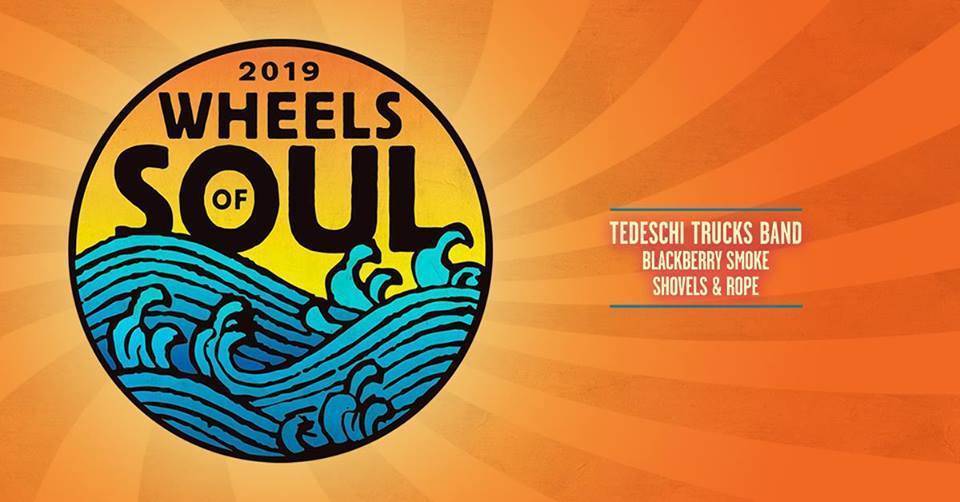