Tickets On Sale Today At LiveNation.com 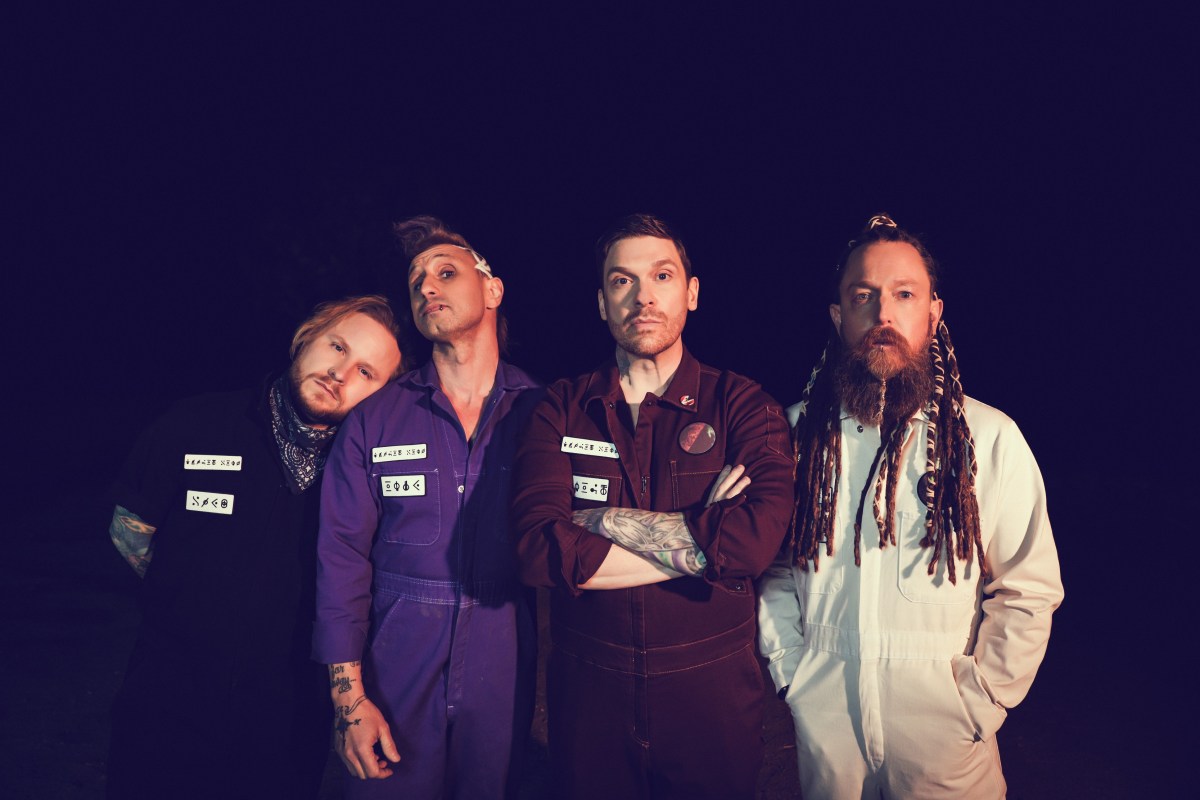 “The stomping heavy rock track (‘Planet Zero’) gives context and focus for the entire album – a high-concept treatise on societal affairs during the past 22 months, including the travails of living through a pandemic, the pitfalls of social media, mental health issues, political divisiveness, partisan media and cancel culture.” – Billboard

New York, NY – [March 25, 2022] – Ahead of the April 22 release of their new album Planet Zero, multi-platinum band Shinedown have announced the Planet Zero World Tour (produced by Live Nation), with special guests Jelly Roll and John Harvie, and have also released “The Saints of Violence and Innuendo,” a brand-new song from the forthcoming album.

The Planet Zero World Tour begins in Bonner Springs, KS on September 3rd, kicking off a 20-date U.S. run of fall shows that will see the record-breaking, chart-topping band bring their new music, #1 hits, fan favorites and biggest stage show yet to cities from coast to coast in support of Planet Zero. Tickets are available today at 10am local time at www.livenation.com. This leg of the Planet Zero World Tour also includes festival performances at Louder Than Life on September 23 in Louisville, KY and Aftershock on October 9 in Sacramento, CA. Full routing below, including The Revolution’s Live Tour kicking off April 1 with special guests The Pretty Reckless and DIAMANTE, followed by UK/Europe festival sets and select shows with Iron Maiden in June and Canadian dates with special guests Pop Evil and Ayron Jones in July and August. For tickets and all show details, please visit www.shinedown.com.

So tell me truth / Are you really surprised? / You live in a world where empathy goes to die” –

Lyrics from “The Saints of Violence and Innuendo”

“Planet Zero” (PRESS HERE to watch the new music video) and “The Saints of Violence and Innuendo” introduce an album that sees Shinedown taking on the forces that keep us divided at a time when we need to be coming together. These songs warn of the dangerous dehumanizing consequences of cancel culture run rampant – if we shut each other down, we risk losing empathy, respect for one another, and our ability to communicate and unify in a way that leads to actual progress and understanding. Planet Zero is an incisive look at some of society’s most critical issues, including the increasingly toxic division among those of differing ideologies, the need for honesty in our public discourse, and the corrosive effects of social media and cancel culture on mental health and humanity. Part social commentary and part in-depth exploration of the human psyche, there is also hope, triumph, and reminders that we all need one another. After all, it is the band’s impassioned striving for unity that has long been at the heart of their creative output.

Shinedown also recently made their ATTENTION ATTENTION feature film available worldwide. A stunning visual counterpart to their 2018 acclaimed album of the same name, the film brings to life the album’s narrative about a mental health journey and the resolve of the human spirit, weaving together 14 songs into a provocative and thought-provoking cinematic story that illuminates yet another dimension of Shinedown’s limitless creativity. PRESS HERE to watch the trailer. The film, directed by Bill Yukich (Beyoncé, Metallica, Wiz Khalifa) is now available to rent and purchase worldwide on Vimeo and is available on iTunes in select territories. It is also available on digital and cable VOD in the U.S. and Canada, and on Blu-ray and DVD – PRESS HERE to purchase and watch. 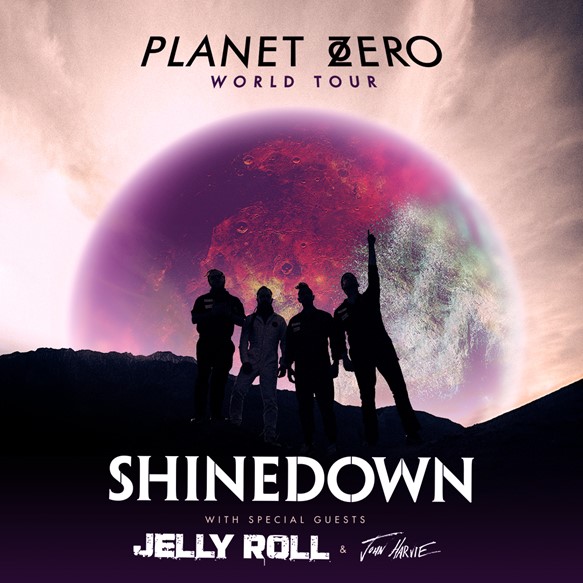 ~ with Jelly Roll and John Harvie

Multi-platinum, record-breaking band Shinedown – Brent Smith [vocals], Zach Myers [guitar], Eric Bass [bass, production], and Barry Kerch [drums] – have cemented their status as one of the most vital and forward-thinking powerhouses in modern rock. They were recently named #1 on Billboard’s Greatest Of All Time Mainstream Rock Artists Chart, after notching the most ever #1s (17) in the 40-year history of the Mainstream Rock Songs Chart with a string of consecutive #1 hit singles “Atlas Falls,” “ATTENTION ATTENTION,” “GET UP,” “MONSTERS,” “DEVIL,” and now “Planet Zero.” With 10 million albums sold worldwide, 14 platinum and gold singles, over 4.5 billion global streams, platinum or gold certification for all their albums, 18 #1 Active Rock hits, all 28 career singles reaching the Top 5 on Billboard’s Mainstream Rock Songs Chart, and countless sold-out arena tours, Shinedown have also become an essential cultural force as evidenced by their major media acclaim and participation in the prestigious 92Y Talks series.  The band’s last studio album, 2018’s acclaimed  ATTENTION ATTENTION , debuted in the Top 5 on the Billboard 200 and simultaneously hit #1 on Billboard’s Alternative, Top Rock and Hard Rock