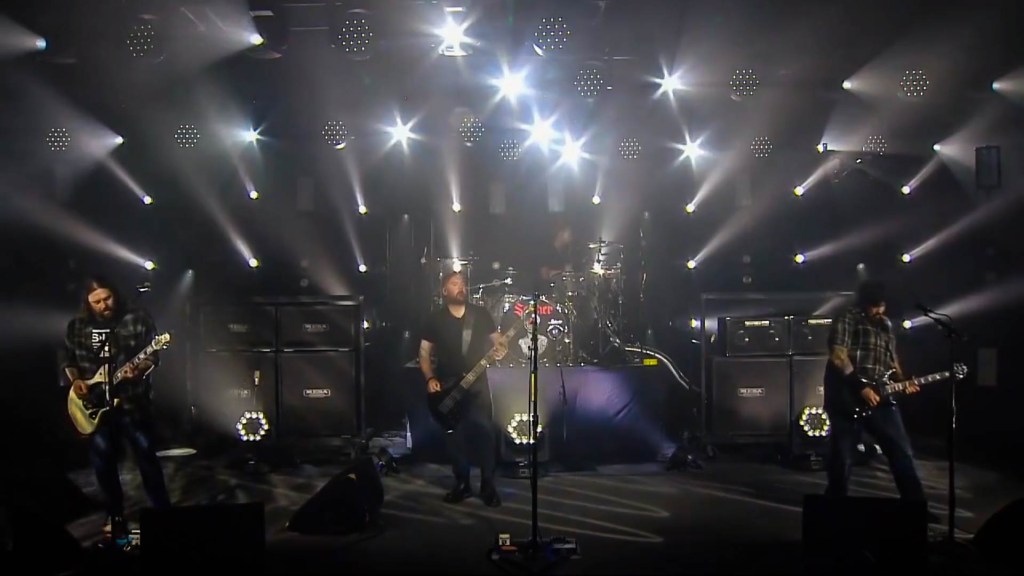 It is 3pm on Sunday and I have the best seat in the house for a concert featuring South African grunge rockers Seether’s debut of their latest album “Sis Vis Pacem, Para Bellum”. Then again, everyone that is attending this event gets the absolute best seat. In this age of Covid-19, actual concerts are a no-no. So, the rest of the world and I are strapped into a chair in front of our computers, iPad, phones, or whatever device we have handy for Seethers very first livestream.

With no lines outside of a venue, or a mad dash to get to the front of the stage, this is a remarkably different experience than I am used to. With my trusty PC all warmed up and ready to go I log into Veeps.com to log in . With everything set to go now, they provide a nice chat for everyone to get rowdy and cheer things on. With everyone chiming in when the countdown on the screen reaching the final ten seconds, while I can’t feel the excitement, you know it is out there judging by the reactions in chat. 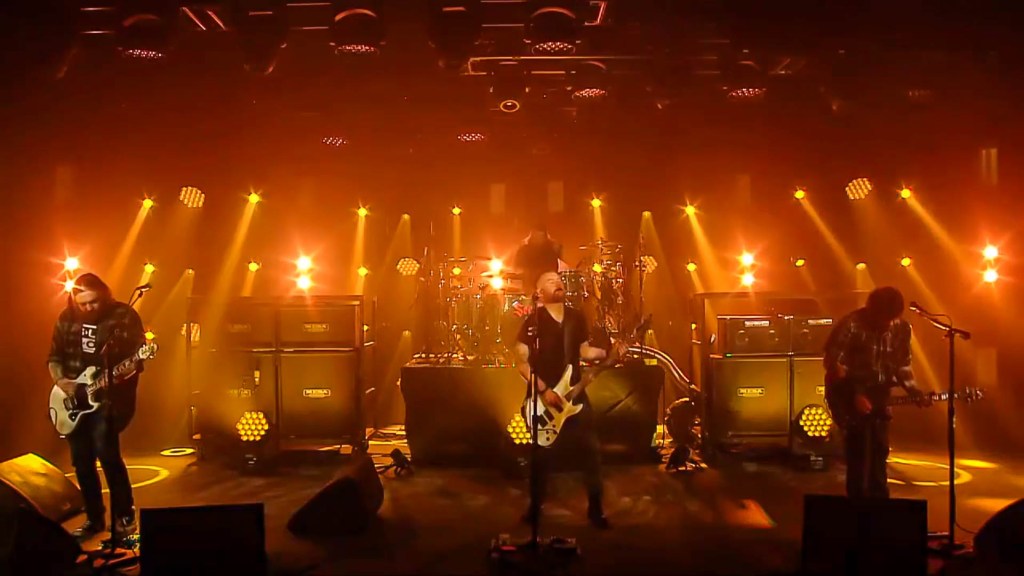 Finally, the wait is over, and the screen comes alive. Lead singer Shaun Morgan is at his usual spot on the left side of the stage, bassist Dale Stewart is in the middle, and new guitarist Corey Lowery to the right, and drummer John Humphrey is behind his kit. Yes, they are all together on one stage at the same time. This livestream is really looking the part of dyed in the wool real concert and not some zoom meeting with people in different parts of the globe playing their parts all while looking like a title sequence from the Brady Bunch.

The first song they launch into is “Beg”. Perhaps the most angriest songs on their just released eight album “Sis Vis Pacem, Para Bellum“, they deliver it with all the attitude and snarl as on the album. If anything, this song is even better live and hopefully it will be on setlists in the future. I can just imagine being in a packed house with everyone screaming “Beg mother#cker BEG!”. What a way to start the show. Shaun took a brief second to thank all of us that have tuned in and told us he can’t wait to get out on the road. 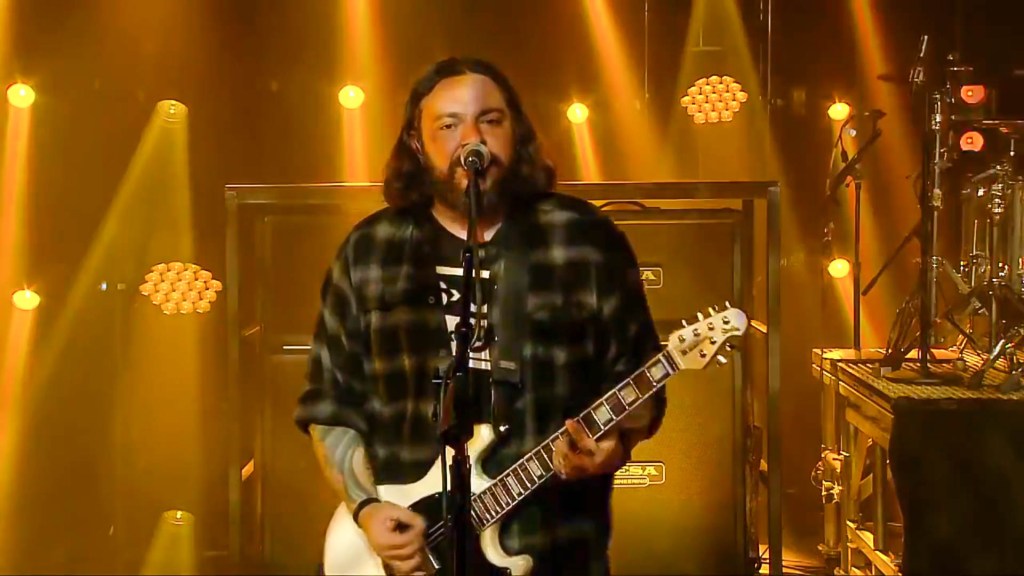 With no live audience to cheer or energize the band, there was no reason to linger between songs. All that happened was the screen would go dark. It would come alive after a second and they launched into fan favorite “Country Song” . One thing that was obvious, Seether spared no expense with this performance. The lightshow that they had was phenomenal. With different colors used throughout the show, it really set up the mood for the music perfectly. When they performed “Save Today” the band was back lit with a deep red that was a perfect match for the song.

With eight albums under their belt now including the newly released one titled “Sis Vis Pacem, Para Bellum”, Seether has no shortage of great songs for any length show. For their very first livestream they decided to mix things up and play hit songs off every one of their albums. Hits like “Let You Down”, “Rise Above”, “Fine Again”, “Remedy”, “Betray and Degrade” and “Fake It” were all played to perfection. At the end of “Words As Weapons”, Shaun Morgan was screaming the lyrics “I wanna live forever” with such power and emotion that even sitting in my chair and watching on a monitor it gave me goosebumps. I can only image how powerful it will be when live touring comes back. 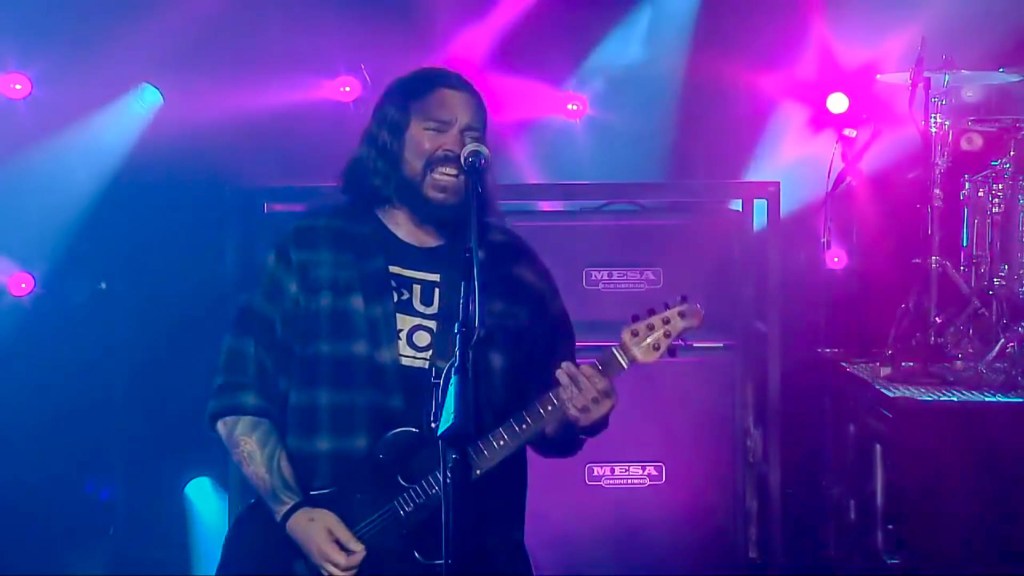 As this livestream is being aired on the same weekend that “Sis Vis Pacem, Para Bellum” is being released, of course they had to play some songs from it. As mentioned previously, they opened up with “Beg”. Dale Stewart opened up “Bruised and Bloody” with his killer bass work, that the camera men did a great job capturing. I can see this song becoming another big hit for them. As Seether is known for the distortion soaked guitars, they know how to strip things down. “Wasteland” on the album “Sis Vis Pacem, Para Bellum” starts of with just Shaun Morgan playing a clean guitar part before the rest of the band kicks in. For their livestream performance, they decided to strip it down. It was just Shaun Morgan and his guitar. What a hauntingly beautiful version of this song he played for everyone watching. They closed out the show with their latest hit song, and the first single from the new album “Dangerous”.

While there may not be any concerts for who knows how long, and livestreams may be a stop gap measure that helps bands and fans alike, Seethers first ever livestream was a rousing success. With an amazing lightshow and great camera work that caught all the action at just the right moments, this was a great concert that just needed the fans energy to bring it into the stratosphere of a show that will leave you talking about it for years to come. Then again, with the dearth of live shows for the foreseeable future, this event will have you telling your friends about the time there was no live music but Seether was there with a remedy. 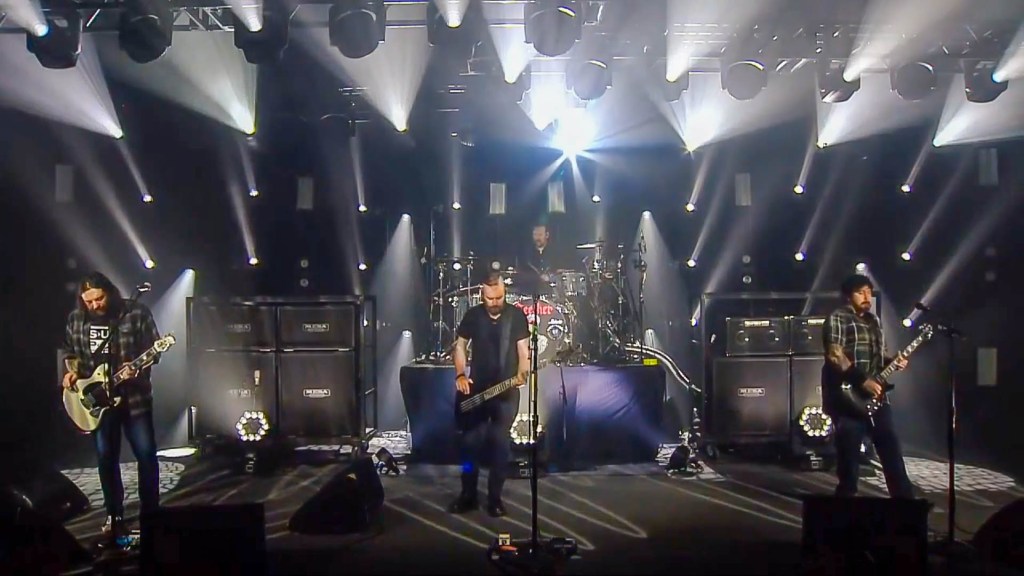 Nobody Praying For Me