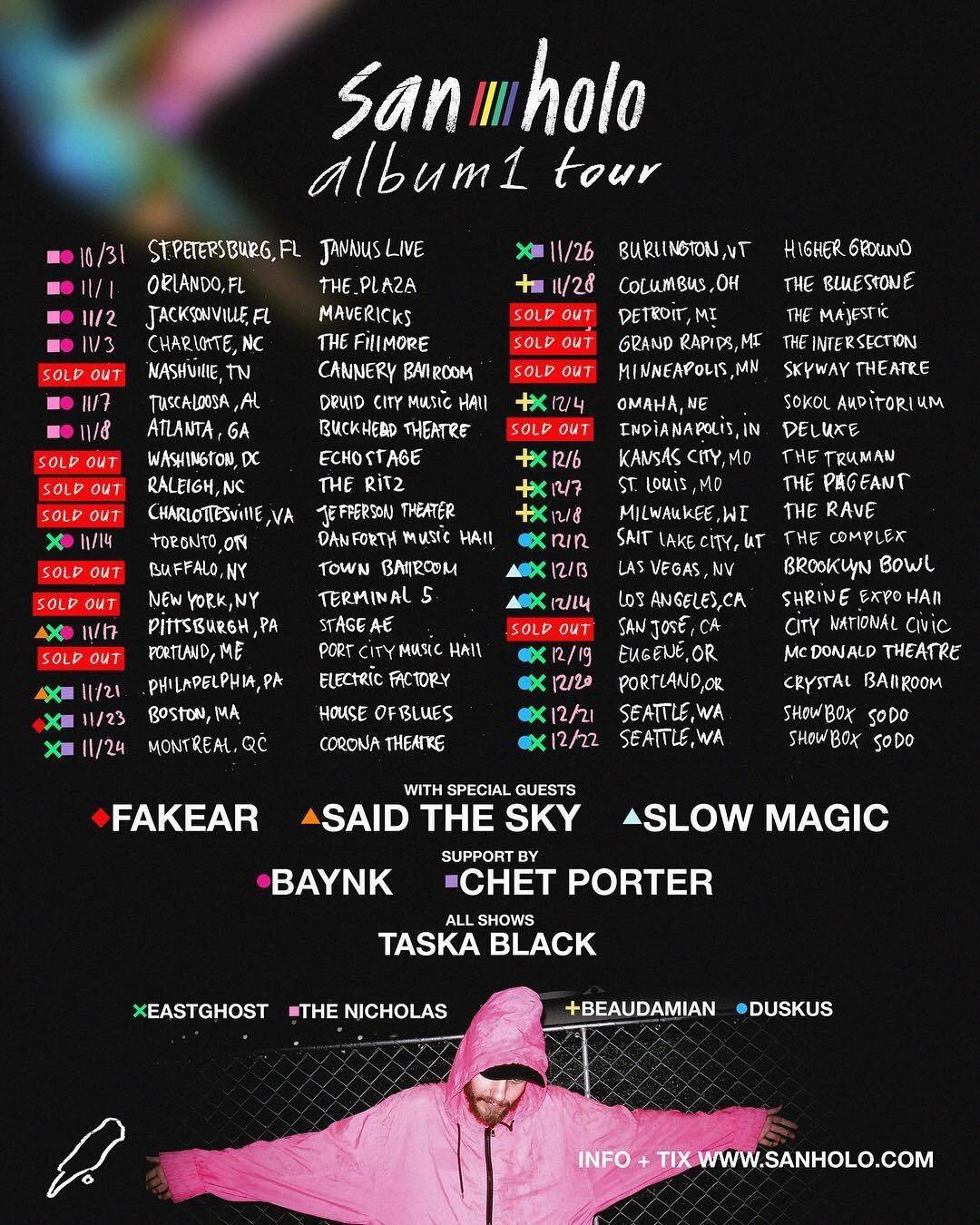 St. Louis, MO (December 7, 2018) – As the cold air blasted through St. Louis, it got loud and heated as San Holo took over the Pageant, along with Taska Black, EASTGHOST, and BeauDamian. The album 1 tour drew a big crowd, making St. Louis one of the many sold out stops on the tour.

BeauDamian opened up the night as the Pageant filled up quickly. The bass music producer from The Netherlands recently released his EP, Bipolar, on October 26th, 2018. The EP features 5 songs, including two of his most popular songs, We Get Lost and Galaxy. As he worked through his set, he had the crowd moving and jumping, setting a perfect example for what the rest of the night would be like.

Next up was EASTGHOST who brought an interesting stage presence with the mask he is known and always seen wearing while performing. His set was one to remember, between the few minutes from BeauDamian to EASTGHOST, there was zero problem bringing the crowd back to the stage. He drew in the crowd and kept the night rolling.

Taska Black was next to perform, and the crowd was drawn to the stage and pit as he came up. The producer, managed by bitbird, dropped an EP November 16th, 2018 called MINDS. This EP features his most recent single, Losing Our Minds. As Taska Black worked through his set, you could feel energy in the room building up and had people ready for next and final set.

As the lights dimmed and crowd started shouting, you knew it was time for San Holo. The room was packed front to back, no room for walking. The Dutch DJ had the crowd in awe of his music and light show following. His stage presence was memorable as the lights mesmerized the crowd and along with his music, he played the sharp guitar riffs you can hear in all his songs. San Holo recently released album 1, his first album, on September 21st, 2018. The song includes brighter days and lift me from the ground.

The night was a very packed and memorable one as all the DJ’s pulled together to make this show a hit. The tour is running until December 22ndand it includes many different DJ’s throughout, changing it up most shows. With 13 and counting shows sold out, this is the tour to catch.