The iconic Agora Theater and Ballroom recently went through a major renovation, after worldwide entertainment company AEG invested heavily in its new venue. Updating the decor was at the top of their list, as what was once dark sticker-covered walls has transformed into an upscale experience. The updated theater has its majestic feeling back, and it is a sight to see. 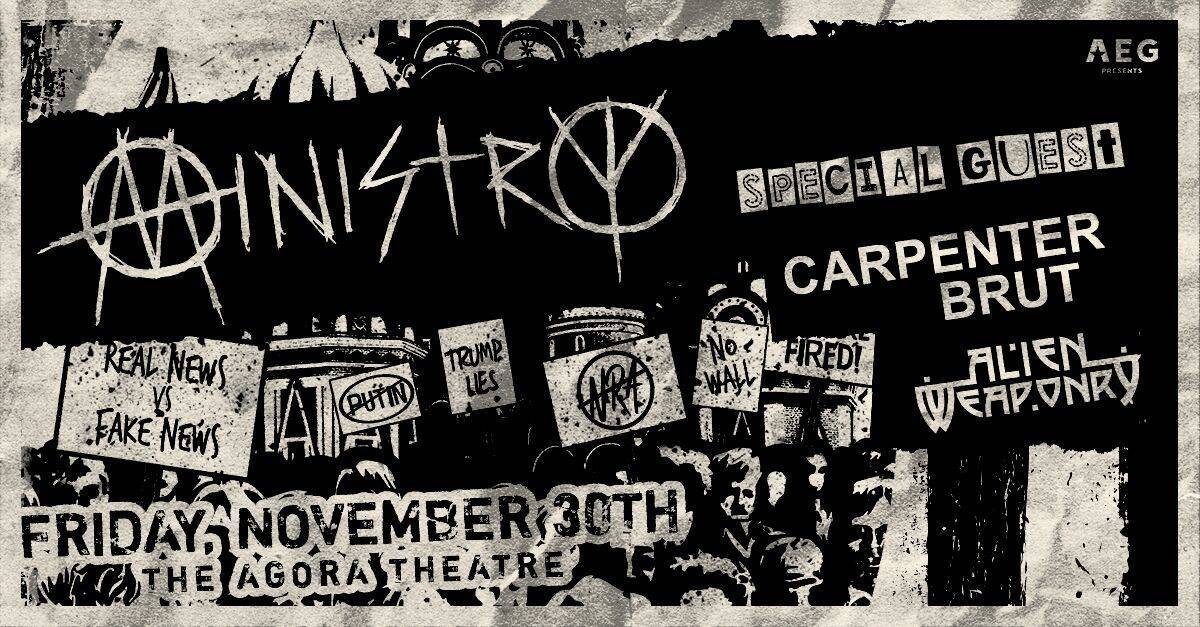 The Agora Theater was about to be taken over by the Godfather of Industrial Music. Yes, Al Jourgensen was in town celebrating the 30th anniversary of the Ministry album The Land of Rape and Honey, which they would play four songs from tonight.

“The band is most noted for its fusion of Te Reo Māori (the native language of New Zealand) with thrash metal – delivering emotionally and politically charged stories of conflict and grief with a warrior-like attitude. Drummer Henry de Jong says, “Our musical style and messages have a lot of similarities with haka, which is often brutal, angry and about stories of great courage or loss.”

Out in support of their 2018 release Tu, they showcased their youthful talent with songs like PC Bro, Holding My Breath, and Kai Tangata. 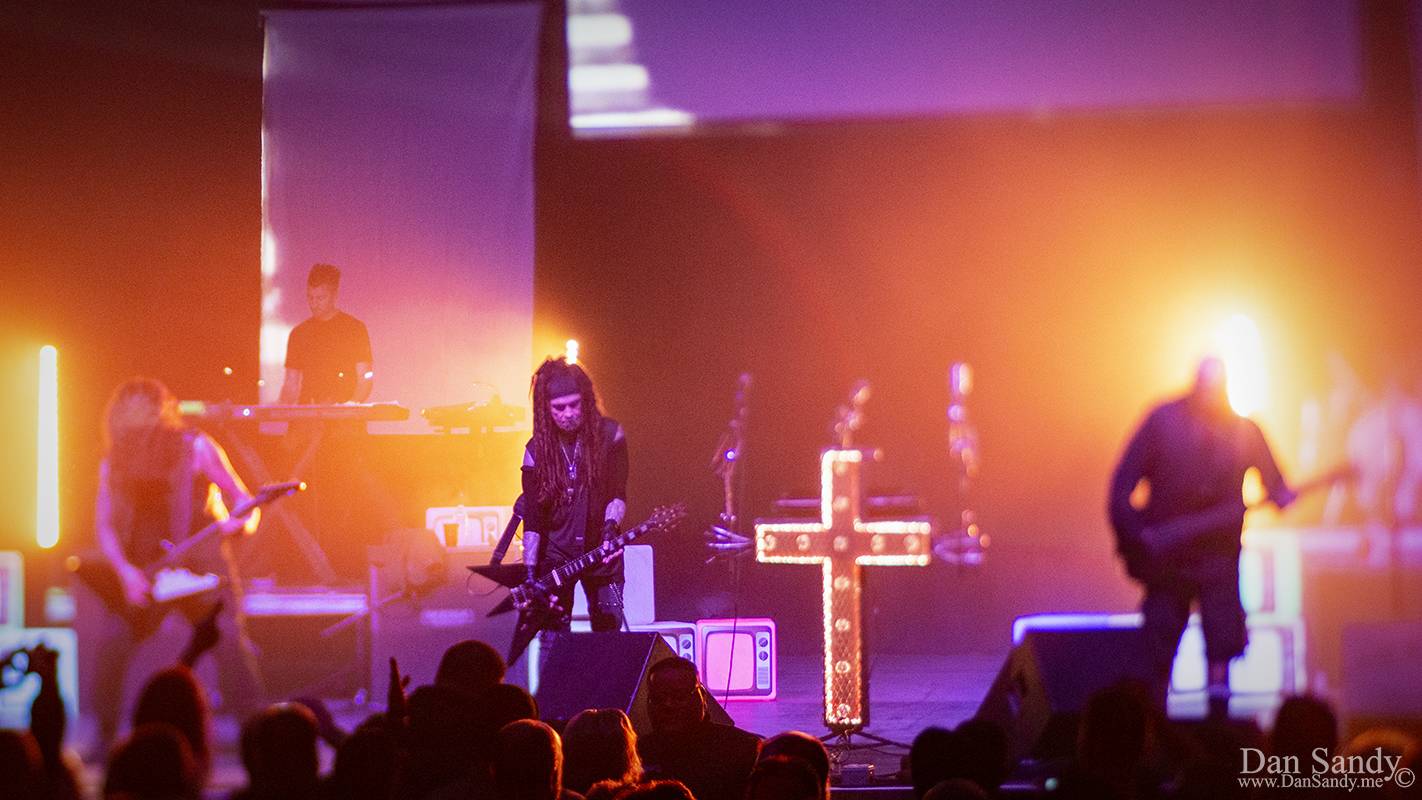 It’s amazing to think Ministry has been the pinnacle of Industrial Music for 30 years. The Land of Rape and Honey basically cemented the genre and is the sound they still carry with them today. With eleven albums following the 1988 release with the latest release AmeriKKKant coming out earlier this year.

Always using songs as a form of protest, AmeriKKKant is filled with modern distaste of various social and political issues. Al keeps his opinions to himself while on stage but lets the songs do the talking. They performed the entire AmeriKKKant as the first half of their set before taking a short break and returning to belt out some classics.

The high-energy show pounded through the evening. The first four songs of the second half of their set were from The Land of Rape and Honey (1988), with two each from the albums The Mind is a Terrible Thing to Taste (1989), and Psalm 69: The Way to Succeed & the Way to Suck Eggs (1992).

A fresh new addition to the stage set was Al Jourgensen’s new Cross inspired microphone stand that was created by Sawbladehead Designs and debuted this tour.