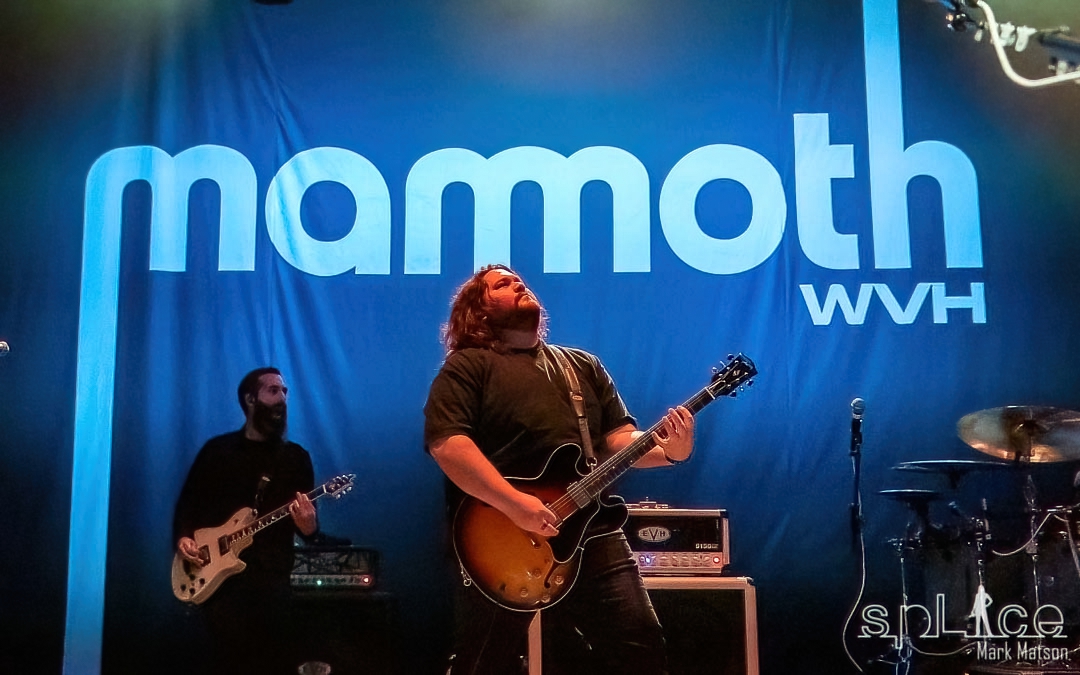 It’s not even seven on a Friday night in Orlando Florida and the parking lot is packed at the Plaza Live. On top of this there is the mother of all lines wrapped around the building. It seems like half of Orlando has descended on the place, with the other half just trying to get into the parking lot. This kind of turn out is usually the stuff of ‘A’ list acts. Who has the hell pulled in a crowd like this? None other than Mammoth WVH. A true progeny of rock royalty, Wolfgang Van Halen, and his band.

For the precious few that don’t know, Wolfgang Van Halen the son of legendary guitarist Eddie Van Halen decided to step out into the limelight with his very first solo album. With it getting rave reviews and tons of airplay it just made perfect sense to hit the road and support the album. There was just one hitch, the supremely talented Wolfgang Van Halen played every instrument on it so a band would be needed to tour. With that he recruited some of the best talent out there to back him up by getting Garret Whitlock as his drummer, Jon Jourdan and Frank Sidoris on guitars, and bassist Ron Ficaro. Shortly after everything was put together, the big announcement was made; Mammoth WVH’s inaugural tour would be the opening act for Guns N Roses. Talk about making a big splash!

While it certainly is an honor to be opening for a band like Guns N Roses, Mammoth WVH would also be playing select cities headlining their own shows as well. On this night at the Plaza Live, tonight would be the final night of one of these shows. What made it even more fun was they would be the only band on the bill. Indeed, this very well could have been part of the reason for such a huge turnout.

After a bit of a delay in the show time, mostly due to get everyone in as the turnout was incredible, the lights came up and Wolfgang and his bandmates came out on stage to absolutely some of the loudest cheers this venue has ever heard. They quickly launched into “Don’t Back Down” one of the singles off of their debut album. Now this is how you open a concert! You start out with a high energy song to get an already buzzing crowd even more revved up.  When the song ended an obviously pleased Wolfgang said to the crowd “I knew this one was gonna be good. Welcome to our largest headline show ever. And I have a feeling it’s going to be the loudest as well” If he was looking to get even more cheers out of everyone, this was exactly the right way.

The band kept their foot on the throttle with a killer version of “Horribly Right”. Between the distortion laden guitars, Garret Whitlock’s up-tempo drumming and Wolfgangs singing this song is layered to perfection. With this album, Wolfgang is definitely paving his own road in the rock world. But with his blistering performance of “Mr. Ed” including an incredible tapping solo you couldn’t help but believe he was channeling some of his father’s otherworldly talents.

As one of the crew members came out and setup an acoustic guitar for Wolfgang, it was a perfect time to slow the pace down and let the fans enjoy “Resolve” one of the slower songs on his debut album. Garret Whitlock’s drumming and Ron Ficaro’s bass work created a hypnotic groove that helped serve up Wolfgang’s beautiful lyrics and delivery. While they only have one album under their belt, they even managed to sneak in a surprise, they played “Talk & Walk” which is a bonus track on the Japanese edition of their debut record. With a quiet intro, no one expected that the song would quickly switched into an up-tempo rocker. Hopefully this song will make it over here so all the fans in the states can enjoy it.

Next up they played “Think It Over”. Reminiscent of 80’s AOR rock, this is such a slick listenable song and live it is just that much better. Switching back into a more hard rocking mood they played a great version of “You’re To Blame”. During the song he played a blistering solo that certainly would make his dad proud.

As the night went on, they also featured “The Big Picture”, “Circles”, “Feel” and “You’ll Be The One”. As a crew member brought out a keyboard for Wolfgang to play he said to the crowd “While on tour with Guns, this is usually setup already.  But I didn’t wanna fuck up the view for you guys” which got a good laugh out of the crowd. With that they launched into “Stone”. Halfway through the song, at a perfect moment he implored the crowd to make some noise. Judging by the surprised and equally happy look on his face he wasn’t prepared for exactly how loud everyone cheered for him. If there were homes nearby the venue, police would have been surely called for noise complaints. Yes, the cheering was that loud.

After a quick break, the band came back out to a still cheering crowd. As Wolfgang stepped up to his microphone, he said to everyone “I wish we had a whole other album to play for you guys because you have been so amazing. This next song is the first song we ever released. So, if you know it, sing along” they promptly launched into “The Distance” the chart-topping tribute to Wolfgang’s father. If there ever was an emotional sing along moment given by a crowd, this was definitely it, and the look of appreciation on Wolfgang’s face spoke volumes.

The final song of the night was “Epiphany” as Wolfgang was getting ready to introduce the song, he told everyone “If you guys have been paying attention, you’d notice that people are filming. They’re getting footage because this next song is our next single and our next video”.  This of course made the crowds night. After all, the chance to be in a video is certainly every fan’s dream.

This was easily a concert that blew away any expectations. With such great musicians on stage performing incredible songs, this night could only be a success. Wolfgang Van Halen has found the perfect way to honor his fathers legacy, by forging his own path and letting his own talents shine. Now all he needs to do is get some more material under his belt and keep putting on shows like this one and he will have a career that will make any father proud.