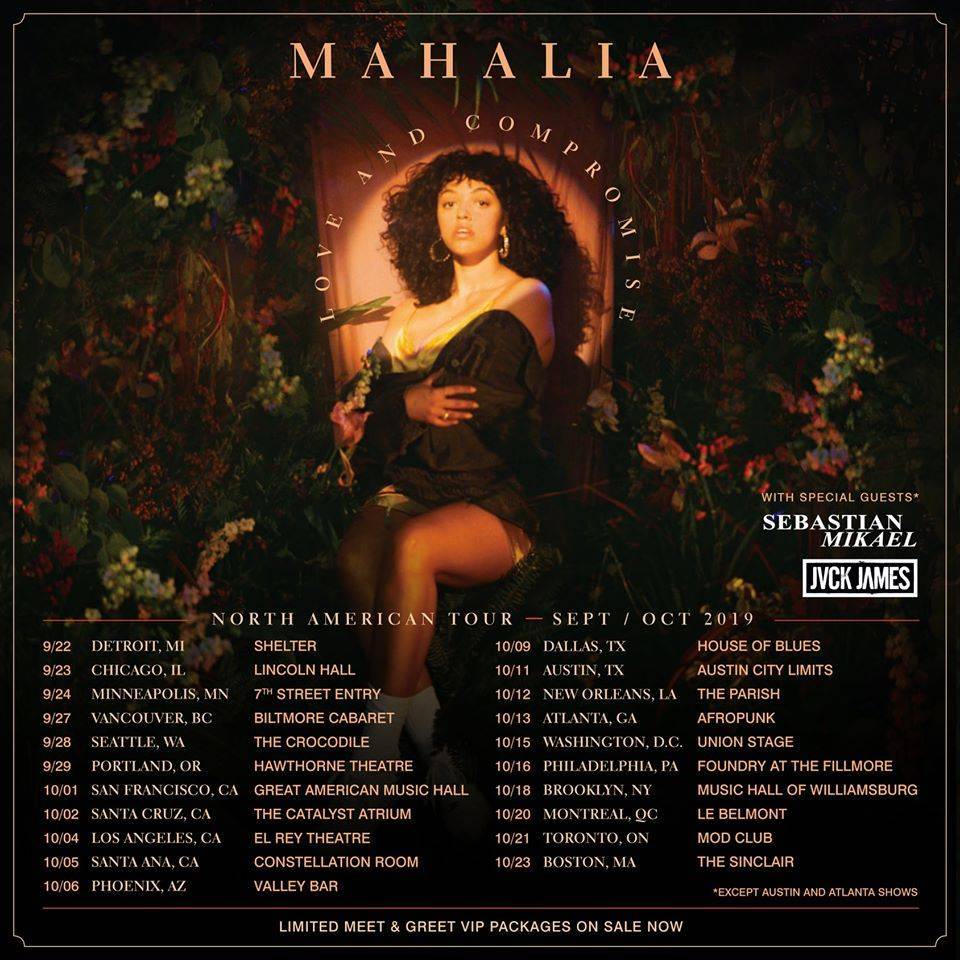 Detroit, Michigan (September 22, 2019) – Tonight, the Shelter at Saint Andrew’s Hall in downtown Detroit, MI hosted Mahalia with support from Sebastian Mikael and Jvck James for a nearly sold-out show on the first stop of her Love and Compromise North American Tour!

First up, Jvck James took the stage. The 20-year-old R&B singer from East London first came into the spotlight after releasing his single “Extroverted Lovers“. In July, 2018 he sold out his ever first headlining show in London, then began touring around the UK. He supported both Mahalia and Ella Mai on their UK headlining tours. Once he took the stage, there was no calming the crowd. He astonished the entire room with his insane vocal range. His set included his most popular songs “On My Way” and “Wave“, a mashup cover of Usher‘s “U Remind Me“, and “My Boo“, and some songs from his upcoming debut EP out in two weeks, including “4 am“.

Next up, Sebastian Mikael. He first began to gain recognition after his single “Beautiful Life” unexpectedly went viral. After taking a step back, he later came back with his project  I C U U C ME Part. 1 in 2018, where he talks about life’s highs and lows. Earlier this year, he released I C U U C ME Part. 2, with music just as emotional. His calm energy and relaxing voice came over the crowd getting everyone in the mood for what is to come.

Finally, the time has come for Mahalia to take the stage. Once she walked out, the crowd could not contain themselves from screaming. Mahalia first stepped into the spotlight in 2016 with the release of her debut album Diary of Me, but after the release of her song “Sober“, she was sent into a different realm, with now over 23.5 million plays on Spotify. She then continued to release singles and EP’s until earlier this September with the release of her second album, Love and Compromise. Her vocals live were absolutely flawless, with a raw and light sound she stole the crowds heart. Her music has lyrics that everyone can relate to everyone in any situation pertaining to life as a young adult and relationships. Throughout her entire set, the crowd could not stop singing and dancing along. She included songs “Karma“, fan favorites “What You Did” (featuring Ella Mai), and “Simmer” (featuring Burna Boy), and an a cappella performance of “One Night Only“.

Follow Mahalia on all her socials to stay up to date on future music and to catch her on the road!