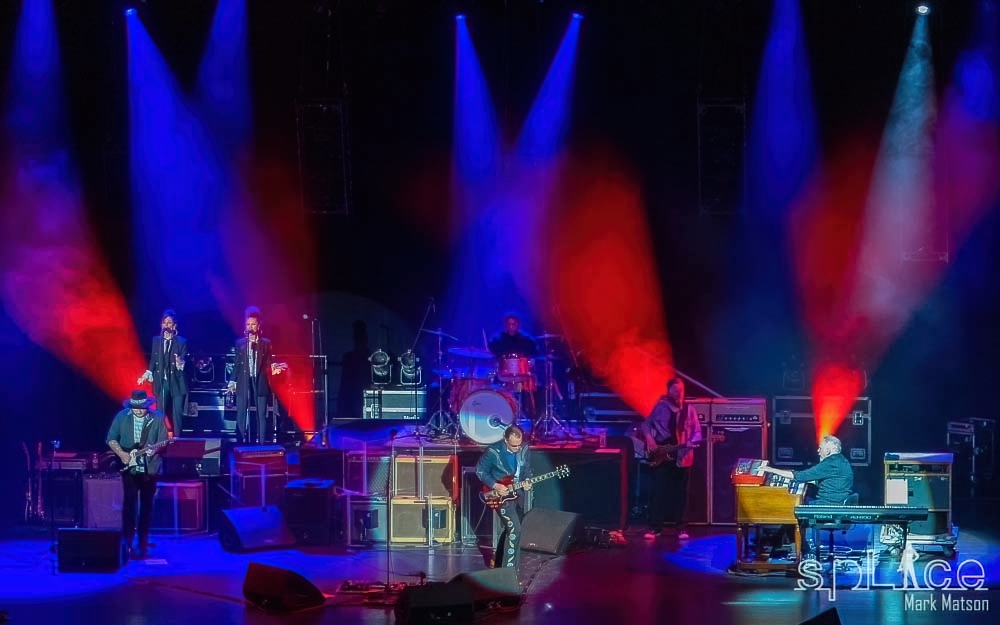 When it comes to contemporary blues guitarists there is certainly none finer than Joe Bonamassa. Whenever he goes on tour, sell out dates are sure to happen. So, when his winter tour was announced and Clearwater Florida’s Ruth Eckerd Hall was revealed as a stop, two back to back nights were needed to handle all of his fans.  Known as one of the top live performers, due in part to his honing his craft through nonstop touring, he has helped to bring the blues into the mainstream by infusing rock into his repertoire. All this has garnered him several Grammy Nominations.

The packed house hushed in anticipation of a night of incredible music. When the theme to Welcome Back Kotter was pumped through the house PA system, everyone knew the show was finally happening. Talk about a sly choice of music as the world is coming out of a pandemic and live music was finally returning. Finally, Joe and his incredibly talented band mad their way on stage. Dressed in a what could best be describes as a sparkly suit with flowers embroidered on it and of course his trusty sunglasses, and holding his Gibson SG guitar, it was now time for the fun to begin.

Joe and the band without hesitation launched into “Evil Mama”. Of course, his guitar work was top notch as expected, but his voice and band were completely on par. The solo by former Stevie Ray Vaughn and Double Trouble keyboard player Reese Wynans gave extra depth and texture to the song.  This hard driving blues rocker was a perfect choice to kick the evening off. Without question it definitely set the mood for the evening.

With a quick guitar change to a semi-hollow bodied Gibson, he decided to slow things down a bit. To do this they chose “Dust Bowl” from the album it shares its name.  While closer to a more traditional blues song, Bonamassa weaves his magic into it and spices things up with some rock flair.  When it come to a more traditional blues feel, Joe had that covered as well. He chose to cover Gary Moore’s classic “Midnight Blues”. His deft touch, phrasing, and dynamics were on full display. Each note he played carried the audience on a journey of Joe’s choice.

“Lonely Boy” was a rollicking affair. The rhythm section of bassist Steve Mackay and drummer Lemar Carter were rock solid and gave everyone an incredible foundation to work off of. Everyone knows that Joe is an incredible guitarist and when he introduces his band, he lets everyone know that the other guitarist Josh Smith is the best one on stage. During this number, Joe lets Josh stretch his legs and he rips out one hell of a solo. A very nice touch allowing Josh some time in the spotlight to impress with his chops.

As Joe Bonamassa has released two albums recently, 2020’s Royal Tea, and Time Clocks in 2021 you know songs from both releases had to figure their way into the show. Time Clock contributed “Notches” and “The Heart That Never Waits”. Royal Tea which is up for a Grammy Award for Best Contemporary Blues Album added three songs to the evening. “I Didn’t Think She Would Do It”, the aforementioned “Lonely Boy” as well as “When One Door Opens” were his choices to represent this album.

There were many incredible performances throughout the night. “The Ballad Of John Henry” saw Bonamassa perform his usual incredible guitar work, but he also used a theremin to create some wild tones. In addition, backup singer Jade Macrae added some otherworldly vocals as well. After a well deserved break, Joe came out armed with just an acoustic guitar and played “Woke Up Dreaming”. He deftly combined so many different styles and techniques into this masterpiece of guitar work. He closed out the evening with a rousing performance of “Sloe Gin”.