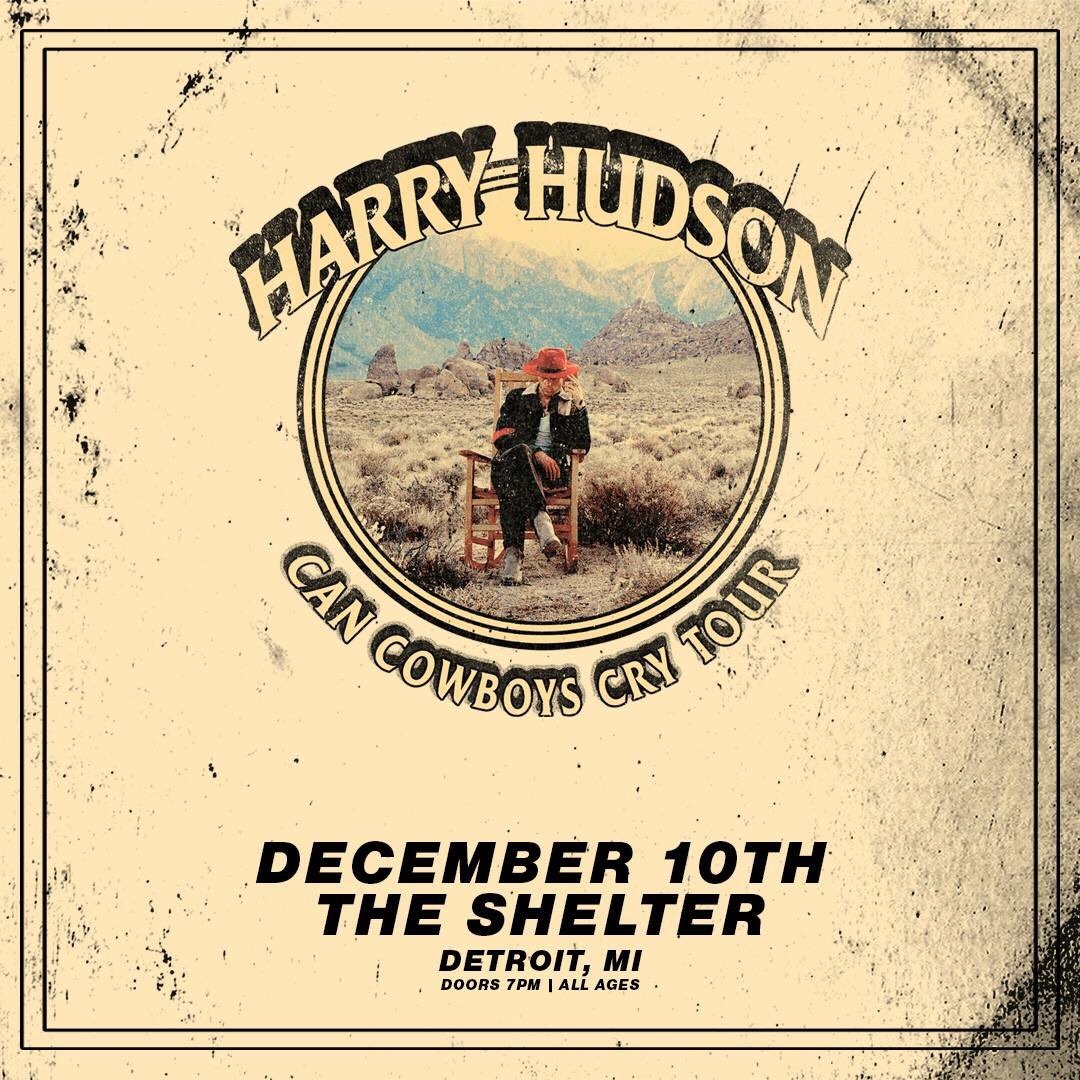 Detroit, Michigan (December 10, 2018) – Tonight, The Shelter at St. Andrew’s Hall was blown away with an impeccable performance by Harry Hudson with support from JP Saxe for Harry’s first headlining tour, the Can Cowboys Cry Tour.

Kicking off the night, JP Saxe took the stage. The singer/ songwriter from Toronto, Canada broke out earlier this year after the release of his single “The Few Things” that has now reached over 10 million plays on Spotify. Each song of his expresses an emotion and a sense of vulnerability that he makes every person feel during the performance. With his unbelievable vocal range and and soulful performance, the crowd was in awe. His set included singles “The Few Things”, “Changed”, and “Blurry”. He also added in a few new songs soon to be released.

Next up, the man of the night, Harry Hudson. To begin, lets take it back to June of 2013 when he was diagnosed with Stage 3 Hodgkin’s Lymphoma. He began treatment and six months later in January of 2014 he overcame the illness. Since then, he spent time rediscovering his inspirations and focusing on living life everyday, preaching to everyone to do what they love regardless of how difficult it may be. In 2015, he independently released two EPs, “Treatment” and “Gemineyes” with lyrics primarily on his experiences through chemotherapy. In 2017 he relocated to New York from LA and made a short film Can Cowboys Cry where he co-starred with best friend Jaden Smith. The film included songs “Cry for Love” and “Yellow Lights” that where both later seen in March of 2018 on his debut album Yesterday’s Tomorrow Night. On November 9, 2018 he released single “Just Slide” featuring Jaden Smith. He has taken some of the hardest moments in his life such as being sick and the passing of his father and created music from those experiences. His intimate and emotional performance captivated everyone in the room. With the crowd full of energy towards the end of the performance he began to sing his newest released song “Just Slide” where he brought out a special guest, Jaden Smith. After singing their song together Jaden then performed one of his biggest hits “Icon” where the crowd went wild. Harry’s set included songs “Love, Dad” written about his father, “Kelsey”, “It’s Okay” and to end the night, “Yellow Lights”.

The night was unforgettable. Besides being an incredible performer and artist, Harry is an advocate of Teen Cancer America where one dollar from every ticket sold on the Can Cowboys Cry Tour will be donated to Teen Cancer America.