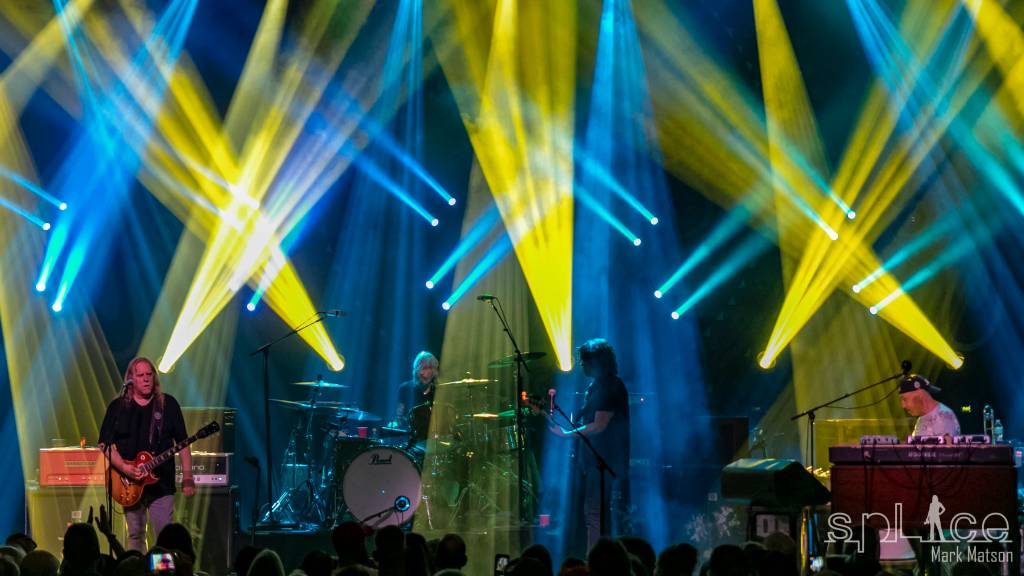 Orlando, Florida (May 5, 2019) – Normally when you go to a concert you expect to hear the band play great versions of your favorite songs. But at a Gov’t Mule show, you get that and so much more. Tonight, the fans packing it in at the House Of Blues Orlando will get to experience The Mule in all their glory.

What started out as a side project for Allman Brothers guitarist Warren Haynes has morphed into an entity all its own. Along with bassist Jorgen Carlsson, drummer Matt Abts, and keyboardist Danny Louis, this foursome has carved a solid fan base with their fearsome live shows and recordings that combine southern rock, the blues, and jazz among many styles.

Tonight, the there would be no opening act to warm up the crowd. This night would belong completely to Gov’t Mule. Just after eight pm the lights went down, and the band took to the stage with cheers from the audience. They launched into “World Boss” and immediately they had the audience hooked. Warren Haynes voice was as stunning as it has ever been. With his gruff, yet soulful style you can hear his history with the Allman Brothers. Even if you are one of the few at the show that never knew of his heritage, between his singing, his incredible guitar work and of course the amazing musicianship of the band, instantly you’d be blown away by their performance.

They continued on with the first of two sets, with “Lola, Leave Your Lights On”, “Lay Your Burden Down” and “Forsaken Savior” among the many songs to that made up their first set. Yes, you read that right, the first set. For those that have never been to a Gov’t Mule concert they usually play two sets. You definitely get more than you ever expected with a Mule show.

While Gov’t Mule is known as a jam band, they aren’t your typical band that play on pointlessly. With the level of talent that each member possesses they know exactly how to stretch out a song and let things breathe. Every time they went into an extended jam it sounded like a natural extension of the song. The only description for Warren Haynes solos is blistering. His command of the guitar is outstanding and need to be seen live to truly appreciate. After a well-deserved break, the band came back out to start round two to the delight of the crowd.

It was during the second set that they really decided to stretch things out and do what they do best and jam away. Not only was the music impressive, but the light show that went along with it was simply stunning. Between their performance and the lighting, it truly created an immersive experience that needs to be seen live and in person. After a nine song first set, a twelve song second set, and even a two song encore, the night hand to finally come to an end.

What a great performance that Gov’t Mule put on. With perfectly played songs by a band that is in completely in sync with each other the Mule is truly one of the greatest rock bands out there today. So when you go to a Gov’t Mule show be prepared to have your mind blown!