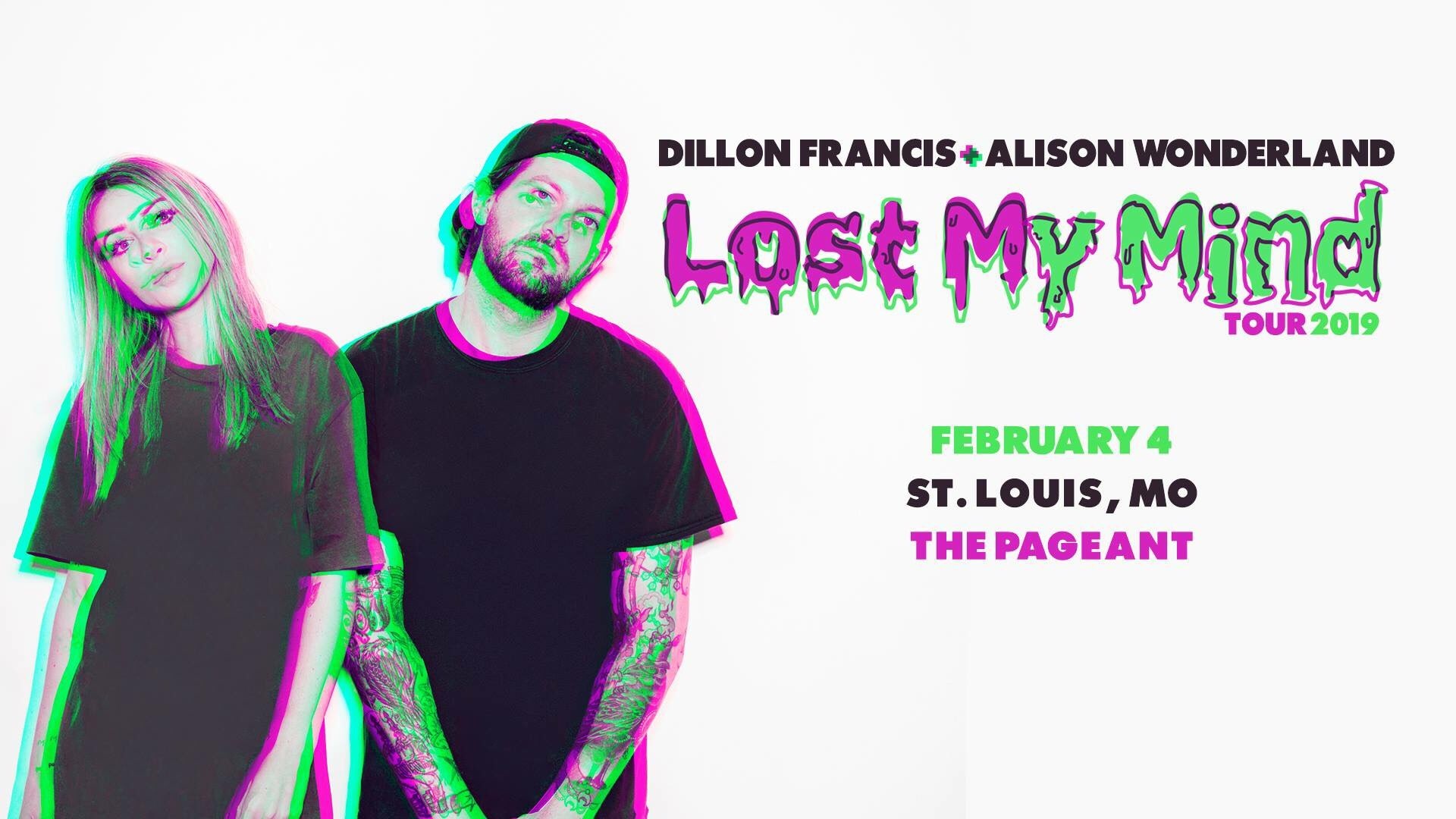 St. Louis,MO (February 4, 2019) – It was a chilly night in St. Louis, but Dillon Francis brought the heat with his Lost My Mind tour featuring Allison Wonderland and Diablo. Walking up to the venue there was a line and concert goers getting amped as they got closer to the doors. The Pageant was filled from top to bottom and as the first set by Diablo opened, people still flooded into the Pageant.

Diablo started the night of with an electric energy as he played a mix of hit songs with his own twists to them. The crowd seemed to come alive during his set, the pit growing bigger and noisier. Diablo is an upcoming DJ/producer to keep an eye on. From producing and cowriting Lil Pump’s song Boss to releasing his latest song, Illuminati, Diablo is making a name for himself. The crowd grew more excited as time drew closer to the next act, Alison Wonderland.

As the lights darkened the crowd pushed towards the stage and loud hollers filled the venue. Alison Wonderland is an Australian DJ and producer based in L.A. Alison recently released her second album, Awake. Alison’s first album was in 2015 titled Run. Her set opened up as she played the cello for an amazing build up to her set. She performed songs off Awake such as, Good Enough, No, and Cry. Alison’s set had the crowd moving nonstop and really captivated the crowd with her music and stage graphics. When it was time for the next set, Alison left the crowd on such a high and craving more.

The last set of the night was Dillon Francis. He recently released an album, WUT WUT, in 2018 and he performed mixes off it such as White Boi and Look At That Butt. Dillon also performed his hit single Anywhere and many more from his albums Money Sucks, Friends Rule and This Mixtape is Fire. Dillon kept a high energy on stage and captivated the crowd with his music and the creative visuals. The visuals really enhanced the set, as they were so on point with every song and every beat that Dillon played the whole night. Dillon closed the night as he brought Alison Wonderland back on stage to play back to back songs with her, including their most recent release together, Lost My Mind.

The energy from this lineup was phenomenal and this is a must catch tour. The tour continues until February 23rdwhere it will end in Pittsburgh, PA. To see the remaining tour dates, check out the Lost My Mind website and catch a show!