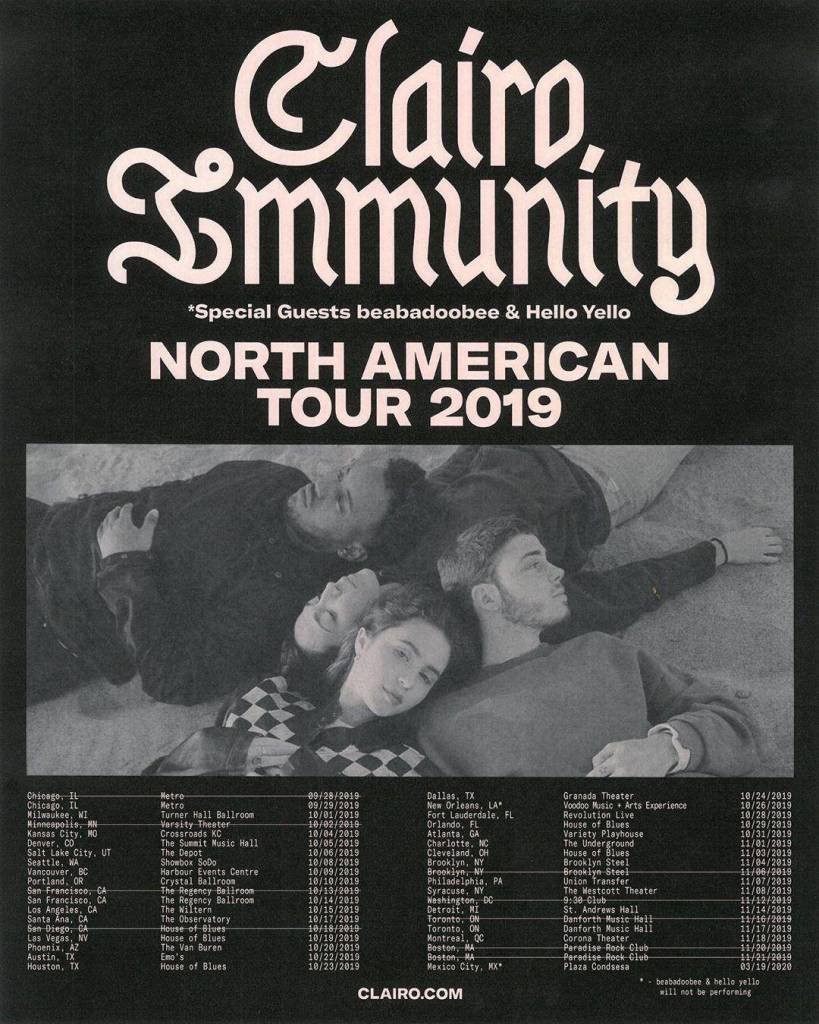 Detroit, Michigan (November 14, 2019) – Tonight, Beabadoobee supported Clairo on the Immunity Tour for a sold out show at St. Andrews Hall!

The alternative pop singer Beabadoobee, also known as Beatrice, first hit the spotlight in September, 2017 after the release of her first song “Coffee”. Since then, she has released a number of EPs growing her fan base. Once she took the stage tonight, she was no stranger to the crowd. Her sound reminds you of a 90s female rock band but still unique by adding alternative pop sounds to the mix. On stage tonight, she was joined by bassist Eliana and drummer Louis. At the start of each song, the room knew exactly what was to come next and would cheer them on from beginning to end. Her set included “Space Cadet” from her newest EP, Space Cadet. Also some fan favorites like “Ceilings” from her 2019 album, Loveworm, and “If You Want to” from her 2018 album, Patched Up.

Next up, Clairo took the stage. After a set like Beabadoobee the crowd was as energetic as they could be and ready for more. Clairo, also known as Claire Cottrill, first began gaining recognition in 2017 after her song “Pretty Girl” reached over 40 million views on YouTube. During tonights show, the room was full of positive energy and chill vibes. At the start of each song the crowd knew exactly what was to come and couldn’t contain their excitement. Her set list included some of her fan favorites such as “Flaming Hot Cheetos” and “Drown” in collaboration with Cuco.

Overall, the night was a complete success. To catch Beabadoobee and Clairo in a city near you click here for tickets before they sell out!