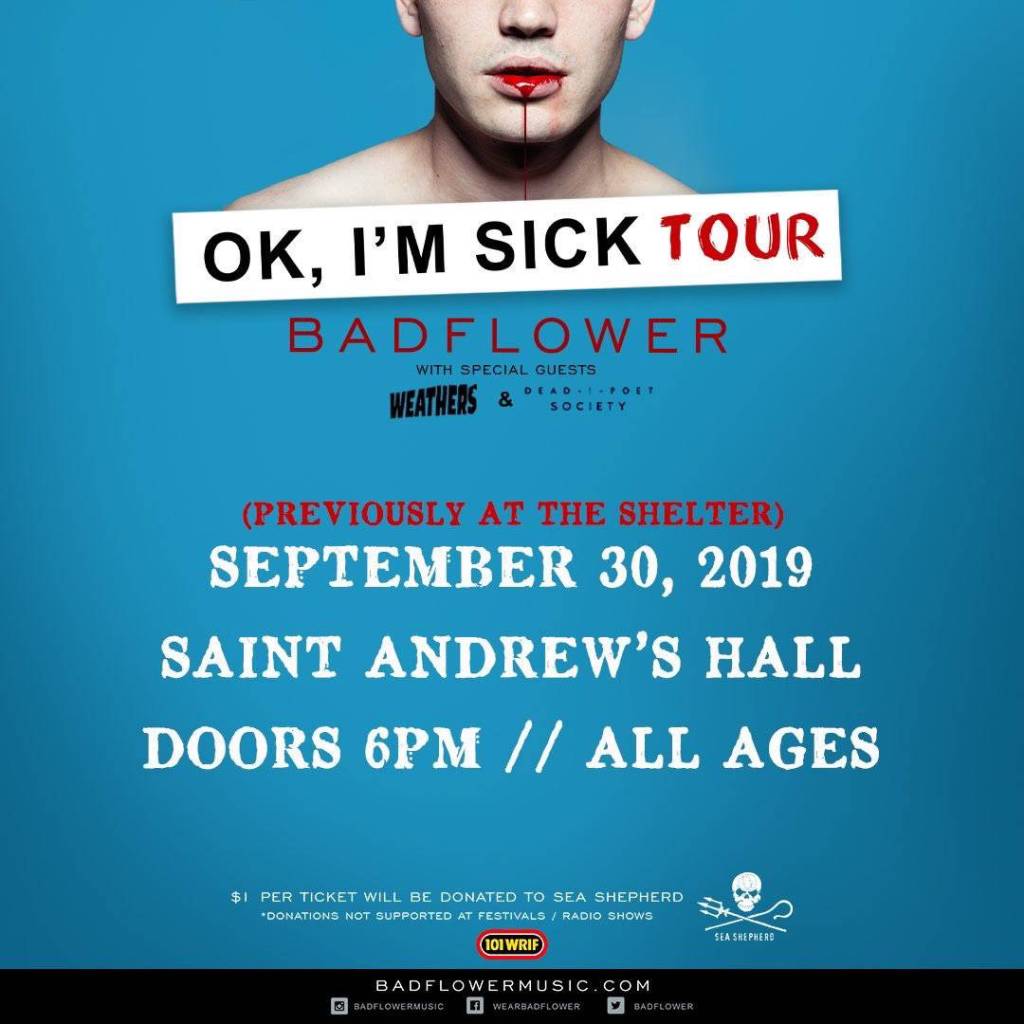 First to take the stage, Dead Poet Society. The rock band based in Boston, MA consists of members Jack Underkofler, Jack Collins, Nick Taylor, and Will Goodroad. The four met while attending Berklee College of Music and Wentworth Institute of Technology and formed Dead Poet Society back in 2013. During tonight’s show, the group knew exactly how to get the crowd ready; their positive energy radiated throughout the room and shined on each fan in the crowd. Their set included newly released single “swvrm“, and one of their most popular songs “Lo Air“.

Next up, Weathers. The band formed back in 2015 with members Cameron Boyer, Cameron Olsen, Brennen Bates, and Cole Carson. Their rise to fame began in 2016 when their single Happy Pills took off with now over 24 million plays on Spotify. They then released their full length album Kids In The Night in 2018, where their fan base began to grow even more. Tonight’s set proved why they were chosen to join the tour. Their enthusiastic performance had the crowd dancing the entire time and singing along to every hit. In their set, they included hit song “Happy Pills“, fan favorites “I’m Not OK” and “1983” and their newest release, “Lonely Vampire“.

Finally, the time came for the band of the night, Badflower took the stage. The band consists of guitarist and lead singer Josh Katz, guitarist Joey Morrow, bassist Alex Espiritu, and drummer Anthony Sonetti. The band started gaining attention after the release of their single “Soap” in 2015. They then released their single “Ghost“  and an EP, Temper, in 2018 that continued to grow their fanbase. Earlier this year they released debut album OK, I’m Sick, and their fame took off. After touring this past summer with Shinedown, the Grammy-nominated band has been selling out shows in just about every place they go. Once they walked onto the stage, there was nothing you could do to silence the crowd. During fan favorite song “Animal” they brought out special guest Zach Myers from Shinedown to play guitar adding to the excitement of the crowd. From the raw and powerful vocals of Josh to the incredible set production, the show was a success. Every single attendee left the hall with a smile on their face after seeing a performance with so much passion and dedication. Their set included hit songs “Ghost“, “Promise Me“, and some fan favorites, “x ANA x” and “24“.