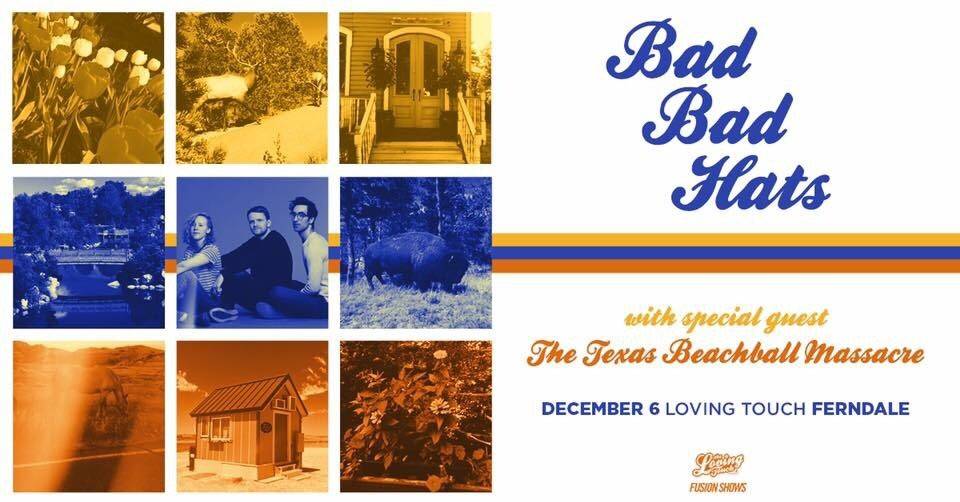 Parkway and Columbia‘s Tyler Floyd kicked off the night with a solo set. His songs captured the audience’s emotions with emotionally charged lyrics and melodic ambient music. Parkway and Columbia have played shows with a full band in the past, but tonight, lead singer Floyd took the stage alone and played a more intimate set for the crowd. Keep a look out for this local band from Ann Arbor, Michigan as they are on the rise!

Bad Bad Hats went on stage as the headliner tonight. Hailing from Minneapolis, Minnesota, this actually was their second time playing at The Loving Touch. Singer and guitarist Kerry Alexander explained how sick she was the first time the Bad Bad Hats played here. Tonight sounded like a much better experience for the indie rock band. Bad Bad Hats captivated fans playing both songs off both of their records with songs such as “Joseph“, “Nothing Gets Me High“, and “Midway“. Each song had its own story, which Alexander told in a humorous way and had a few people say “relatable!” Bad Bad Hats are an amazing up and coming indie rock group and already have a tour scheduled for early 2019. Check them out now!