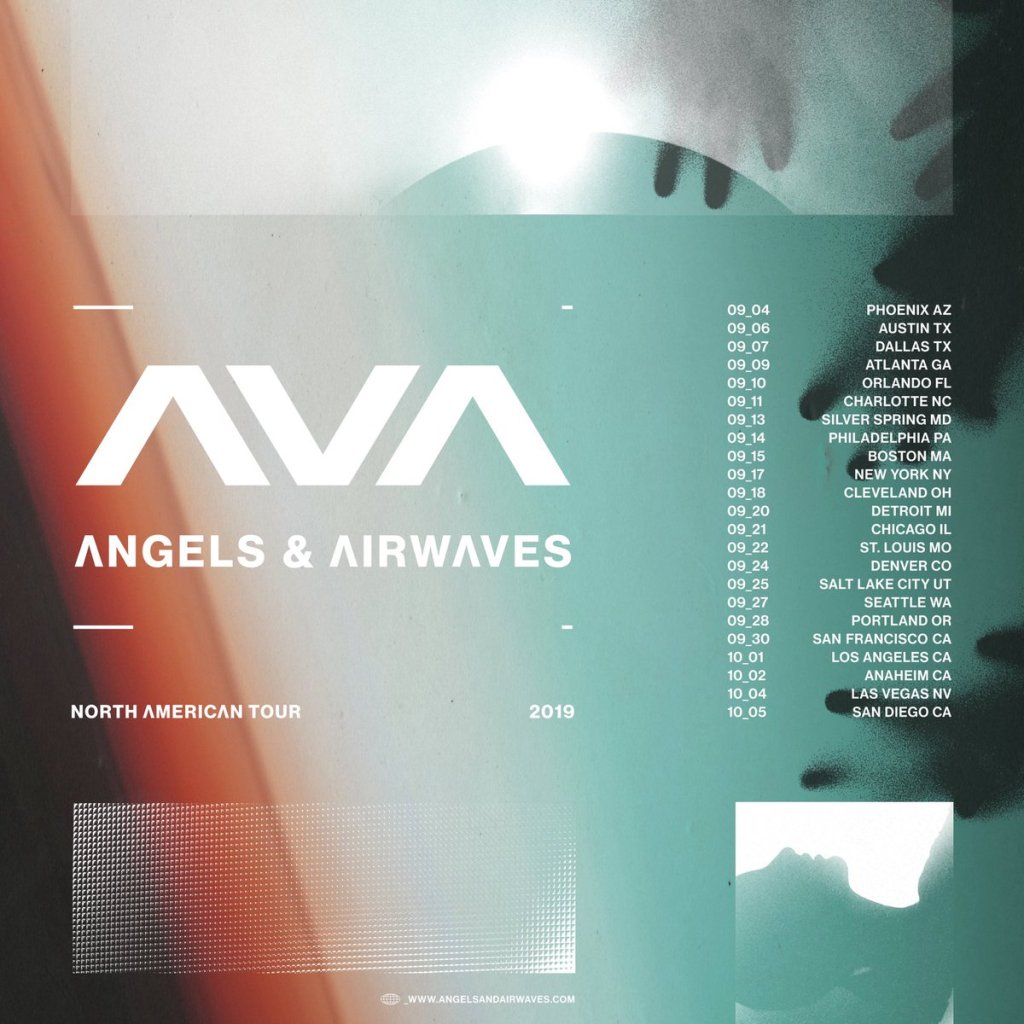 St. Louis, Missouri (September 22, 2019) – The Pageant was packed to the ceiling as Angels & Airwaves’ Tour made a stop in St. Louis, MO. As fans shuffled into the venue you could see how eager they all were for the show earlier tonight. Many of them were taking pictures of and getting excited over the “sold out” banner that scrolled across The Pageants marquee. Angels & Airwaves are making their North American Tour with The New Regime and Charming Liars.

The first band to take the stage was Charming Liars. The now Los Angeles based band actually evolved from London with guitarist Karnig Manoukian and bassist Mike Krugar. Joining them soon after was lead vocals, Kiliyan Maguire. Charming Liars has released multiple EPs over time, but in March 2019 the band released their album Thought, Flesh and Bone. The bands overall sound is your classic alternative rock sound, but with the strong vocals from Kiliyan and the hard-hitting drumbeats. They seem to combine the best parts of alt rock and alt pop sounds to stick out among others. They performed songs off their recent album such as Time to Start, Soul, and Like A Drug. Charming Liars kept the crowd on their feet all the way through their set, never letting there be a dull moment.

The second band to play was The New Regime. The band is the solo project of Ilan Rubin, who is the present drummer for Angels & Airwaves and Nine Inch Nails. The rest of the band consists of Kemble Walters, who plays bass, and Rob Ketchum on the drums. Ilan plays guitar and lead vocals for his project. Recently they released Heart on September 6th of this year. They played songs such as Turning A Blind Eye, Say What You Will, You Can (Be Whoever You Want To Be), and Heart Mind Body & Soul. The New Regime sets themselves apart with the hard rock sound that seems influenced by classic rock bands such as Cream or Led Zeppelin. From the strong guitar riffs and guitar solos to the eccentric stage lighting, The New Regime had the crowd’s attention from start to finish.

After the first two bands got the crowd hyped and energized, it was time for Angels & Airwaves to take the stage. The set started with a major build up as the crowd wooed and clapped for AVA. As the band members trickled out, the crowd lost it. Angels & Airwaves are a San Diego based rock band that was formed by no other than Tom DeLonge, lead vocalist and guitarist. The band consists of Tom, David Kennedy (lead guitarist and keyboard), Matthew Rubano (bassists and vocalist) and Ilan Rubin (drummer). The most recent releases from the band are their two singles, Rebel Girl and Kiss & Tell, which they played.

Angels & Airwaves gave everything they had from start to finish. They performed songs off many of their albums. They started with Surrender,Overload, and It Hurts. The crowd was moving and singing nonstop. Even when Tom spoke in between songs, the crowd was vocal and kept conversation going as Tom interacted with the crowd.

The most pivotal moment in AVA’s set was when Tom took a second to play acoustic songs by himself. Tom was a part of two bands in the past, Blink 182 & Box Car Racer. This brought him to play I Miss You and Aliens Exist by Blink 182, along with There Is by Box Car Racer. Of course, before Tom played Aliens Exist, the fans got the inside scoop on Tom’s most recent news story with UFO footage. At the end of their set, AVA performed their newest single Kiss & Tell. They then came out for an encore and finished the night with Do It for Me Now and Heaven.

The night as a whole was jam packed with rock music that had its own flavor for each set. Charming Liars and The New Regime gave the fans the energy they needed before Angels & Airwaves. This is for sure a tour you do not want to miss. The tour is a little over halfway done, so be sure to check out the remaining dates and catch a show before it’s too late!