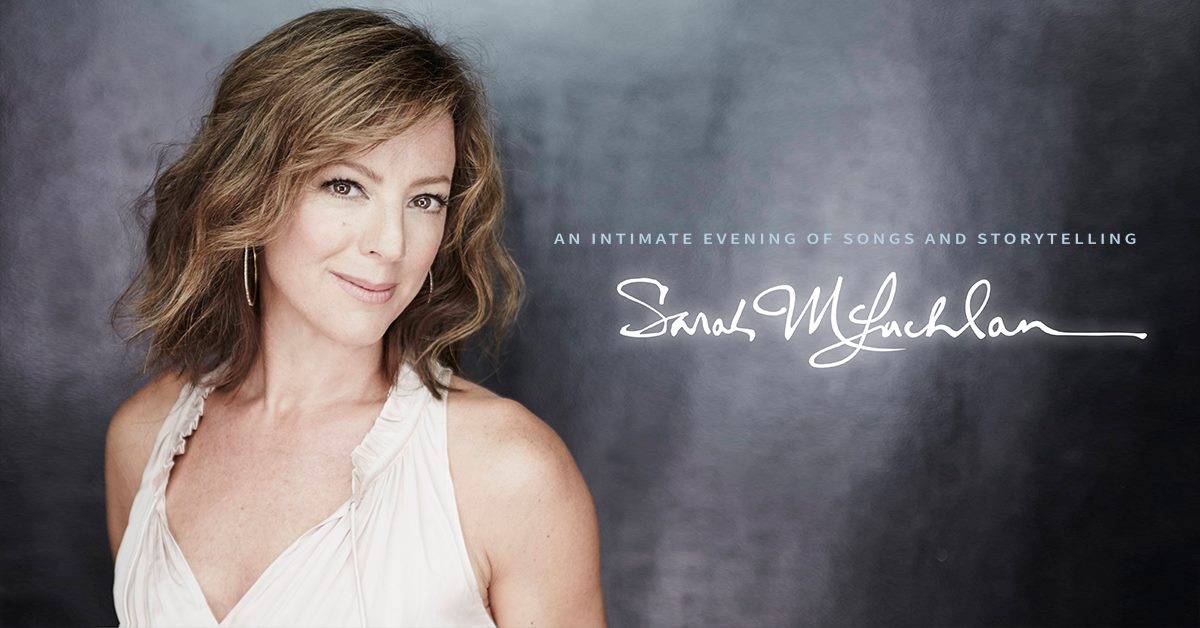 On February 26th 2019 Canadian singer-songwriter Sarah McLachlan brought her Intimate Evening Of Songs and Stories tour to the Van Wezel Performing Arts Hall in Sarasota Florida. Instead of having a full band support her, she chose to have a stripped down performance with just her on piano and guitar and was accompanied by Vanessa Freebairn-Smith on guitar and cello. To have a night where the songs are brought back to how they were conceived really lent itself well to the stories of the night that Sarah McLachlan would be providing. Playing a 21 song set that would wind up lasting two hours, there would be time for Sarah to tell you her inspiration for her songs as well as sing them. Coming out to just a piano she opened up the night’s performance with “In Your Shoes”,” Possession”, and “I Will Remember You”. Before she launched into “Adia”, she told the audience the history behind the song and how her relationship with her friend has since been restored. This would continue to be the theme of the night. She would relate a story or inspiration for many of her songs. One thing that was obvious throughout the night was the obvious talent of Sarah McLachlan. Her beautiful voice took full advantage of the of the marvelous acoustics of the Van Wezel Performing Arts Hall. In a word she sounded breathtaking. In a more playful moment, she even acknowledged that many of her songs can be depressing but said that it was her way of dealing with things and that writing the songs was cathartic for her. Of course, she played two of her biggest hits “Building A Mystery” and “Angel”; without question they were stunning performances. One thing that was obvious, with this intimate performance she turned the 1700+ seat Van Wezel Performing Arts Hall into her living room. She made you feel as though she was talking to each of us instead of performing to a crowd. Her final song of the night was “Sound That Love Makes” that she performed on Ukulele. What a beautiful way to end the evening. With just her and Vanessa on stage, there would be no hiding if things weren’t just right. But having the talent and songwriting skills that she does, there would be no need for anything else but Sarah and her stunning voice to mesmerize the capacity crowd.