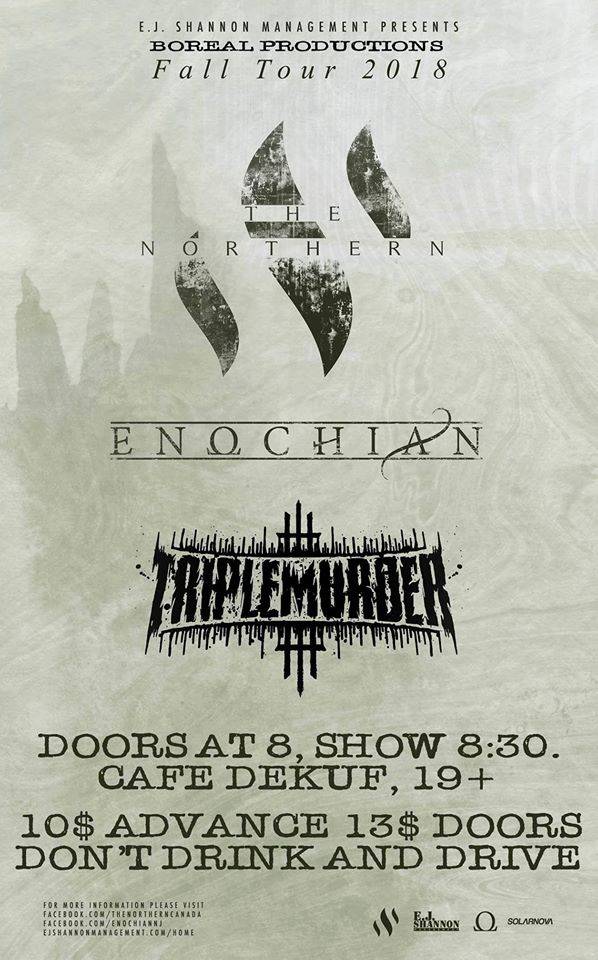 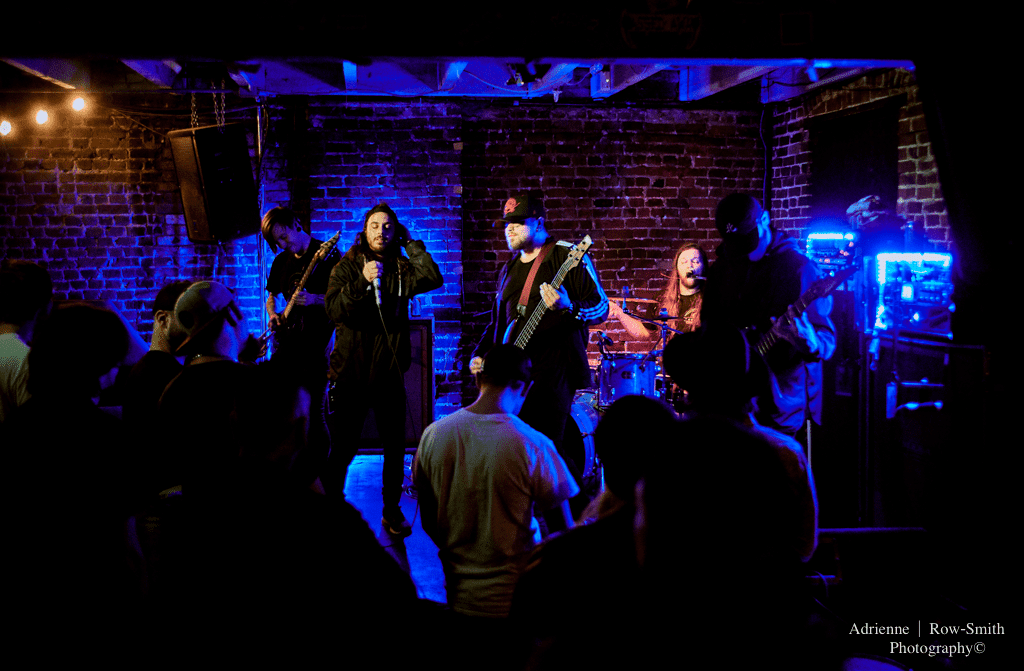 Ottawa, Ontario (November 29, 2018) – saw the capital prepare for quite the line – up at Cafe Decukf. Featuring Toronto natives The Northern headlining, with support from New Jersey-based Enochian and locals Triple Murder, the crowd was eager for the show to get started.

Up first for the evening were Ottawa – based Triple Murder. The band was eager to showcase their skills (as it was their third show as a band) and did they ever deliver. With song titles like Drenched in Murder and Cannibalisitc, it was no surprise that the crowd began to get rowdy and mosh. With two specific members of the crowd being eager to move, their energy being uncontainable that they opted to hang from the venue rafters in their excitement.

Following Triple murder, were Enochian. Even though it was their first tour run in Canada, the band was made to feel quite welcome by the crowd and the band was glad to be there. Enochian continued to keep the energy high with their performance, especially with Convulsions. Their take on progressive metalcore was refreshing and heated up the venue. Be sure to check them out if they tour in a city near you!

For the final performance of the evening, The Northern delivered a hard-hitting performance. Bringing such ferocity that the floor was quaking for most of their set (surely not because the venue was on the second floor). The Northern was full of energy and got the crowd riled up that there was a lot of fan antics such as somersaulting in the pit, jumping onto the stage or helping the band out with vocals. With a setlist full of hits like Samsara, Matches, and Solifer, the band delivered a fiery performance on a cold November night.

Be sure to check out all the bands, especially The Northern as they have something very special in the works.