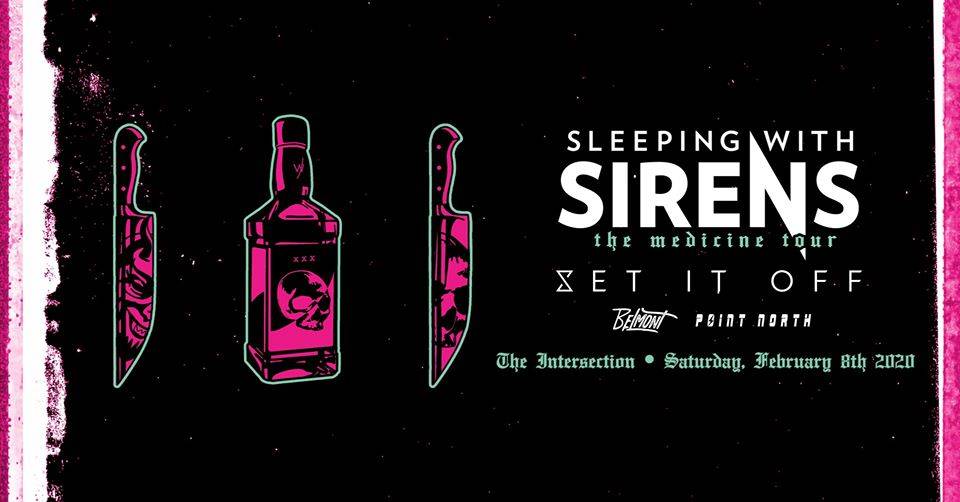 Grand Rapids, Michigan (February 8, 2020) – Tonight, Sleeping With Sirens took over the main room of the Intersection for an iconic tour-ending, The Medicine Tour, with support from Set It Off, Belmont, and Point North.

After Point North and Belmont hyped up the crowd to start the night, Set It Off took over the stage to give the crowd the exact entertainment they came for. At the beginning of their set the band felt foreign to me, but after hearing the first few songs, they instantly gained my respect and my follow. Once lead singer, Cody Carson, hopped off the stage to sing in the crowd, the room lost all control. Their energy beamed through the room, making the crowd not only hear the music, but feel it. They included 2014 fan-favorite song, “Why Worry“, and new 2020 release, “Catch Me If You Can“, in their set.

Next up, Sleeping With Sirens took over for the night to give everyone exactly what they were waiting for. From the moment the five-man band took the stage, to the end of the show the crowd could not contain their excitement!

They began the first half of the show with some early hits including, “Better Off Dead“, and my personal favorite, “If I’m James Dean, You’re Audrey Hepburn“. After being sent straight back to the middle school days with an acoustic performance of both, “With Ears to See, and Eyes to Hear“, and “Roger Rabbit“. Witnessing some tear-filled eyes in the crowd, the band made sure to bring the energy back by performing some songs from their 2019 released album, How It Feels to Be Lost, including “Blood Lines“, and “Agree to Disagree“.

They left the stage, but the crowd knew that no Sleeping With Sirens concert would be complete if they didn’t play their 2011 iconic song, “If You Can’t Hang“. With a consistent stream of crowd-surfers (including the one and only lead singer, Kellin Quinns mom) throughout the night, and a mosh pit with every fan screaming the words to every song played, this was a night that will never be forgotten and a show that no one would want to miss!

Although The Medicine Tour is over as of tonight, keep up with Sleeping With Sirens to catch them in a city near you and to stay up to date on future music! 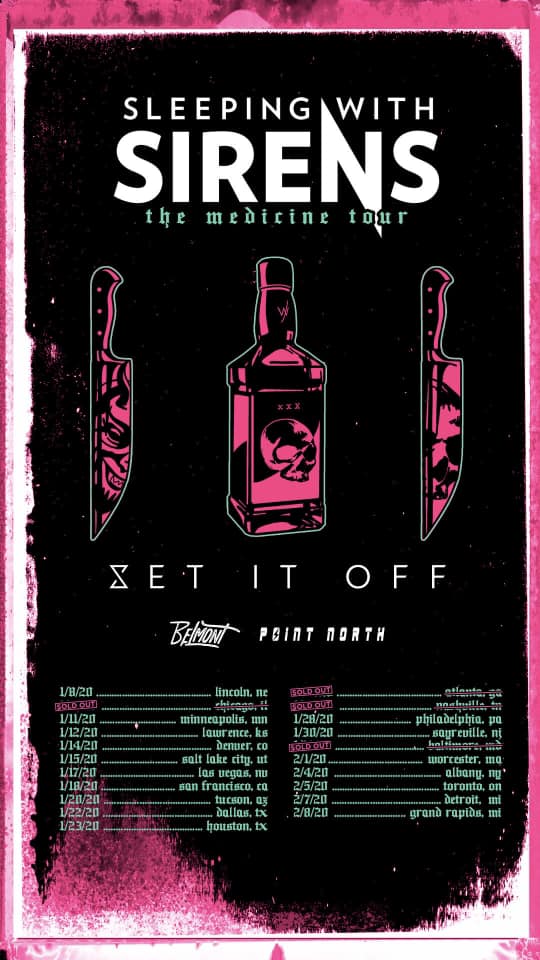