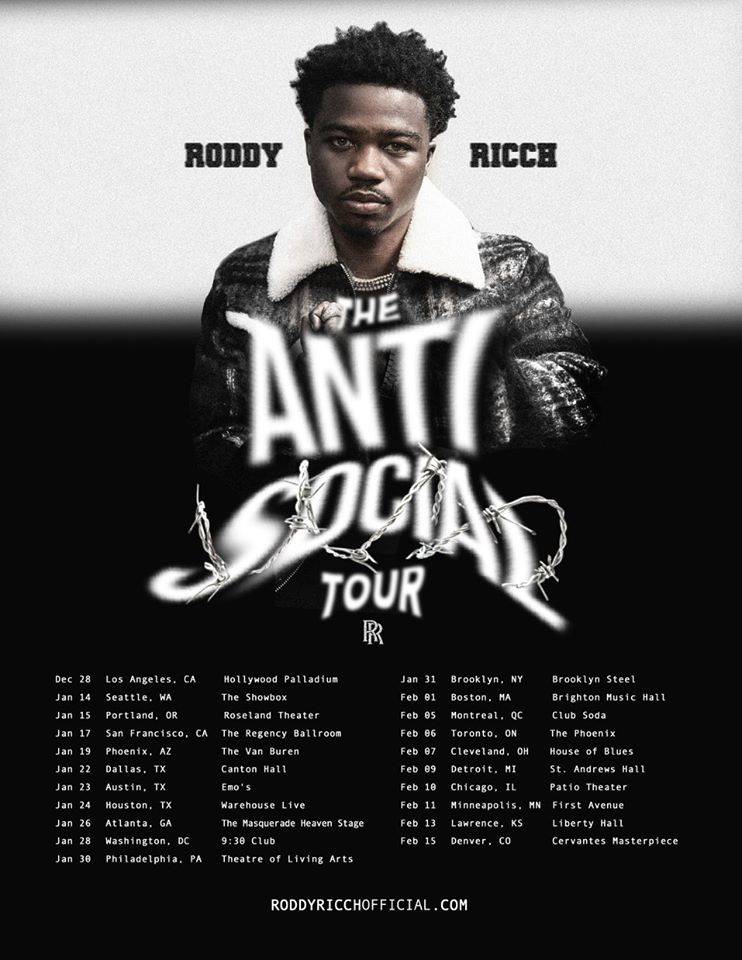 Rodrick Wayne Moore Jr., commonly know as Roddy Ricch,stepped into the spotlight in 2018 after the release of his breakout single, “Die Young“. In 2017, he released his debut album, Feed tha Streets, then his second album, Feed tha Streets II, in 2018, and finally his third album, Please Excuse Me For Being Antisocial, in December of 2019.

After witnessing tonight’s performance, it is no surprise to me as to why his entire The Antisocial Tour sold out so quick! With the combination of his beaming stage presence and the excitement of the crowd, you could feel the room moving. The packed hall did not fail to dance and jump up and down throughout his performance, and especially did not fail to sing along with him the entire time. Although some fans in the crowd had some disputes, Ricch made it clear that would not be tolerated and suggested if you wanted to start a fight you should rather just leave, which gained the respect from me and a number of others.

He included fan-favorite song, “High Fashion“, and a dedicated performance of “Racks in the Middle“, for Nipsey Hussle. He also included his viral hit, “The Box“, to not only kick off the show, but to end it as well.

Once the venue hit curfew at 10pm the show was sadly over, but throughout my years of attending shows in cities around the nation, ranging in every genre, this takes the number one spot for the most energy I have ever seen radiating through a room!

Click here to get tickets to a city near you and to stay up to date on future shows and future music!