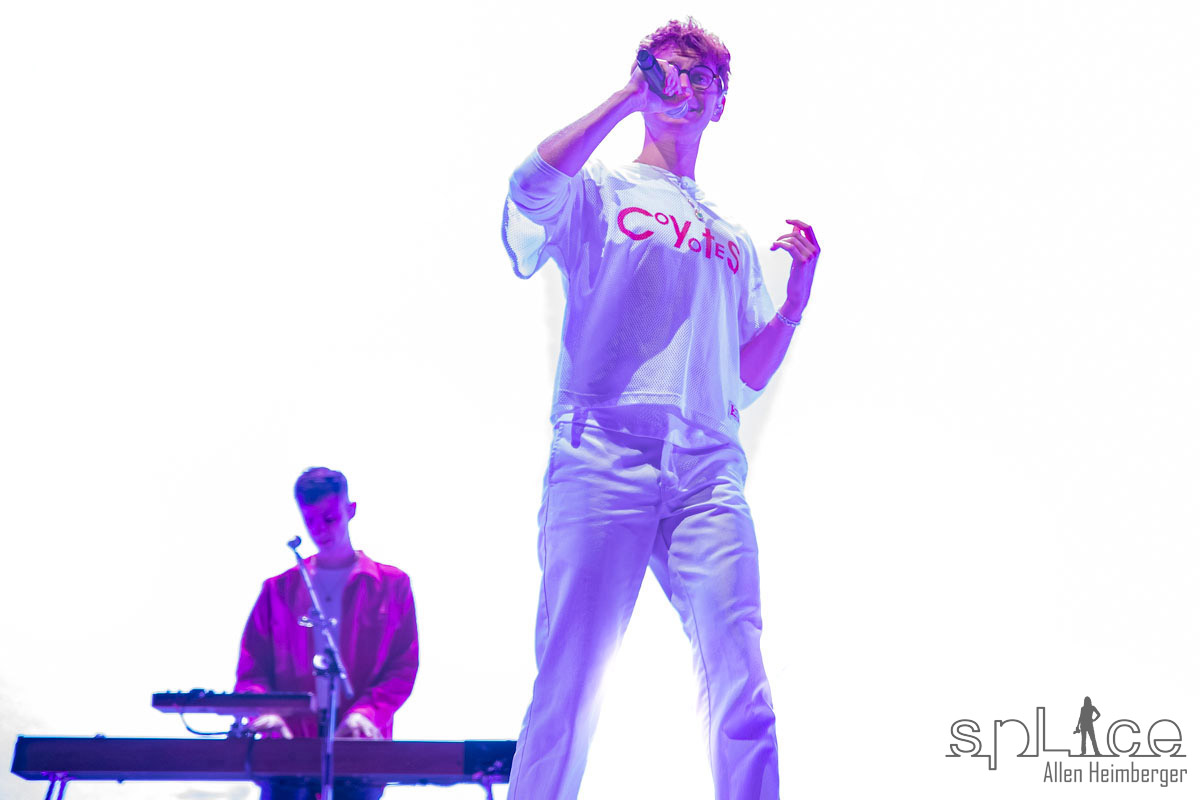 Cleveland welcomed Glass Animals on their Dreamland Tour. Jacob’s Pavilion at Nauitca on the west bank of The Flats was the place to be. The weather was perfect, and the 5,000 capacity open-air amphitheater was packed.

Glass Animals are out on the road supporting their 2020 release “Dreamland”. With plenty of earlier material, and a solid fanbase, it was the single “Heat Waves” that has really propelled this foursome to another level, and the crowd tonight confirmed that.

A large computer screen adorning the stage backdrop came to life. The classic PC GUI was activated and the progress bar was counting down. The crowd was getting louder and the anticipation was getting high.

As the countdown completed, the screen lit up announcing Dreamland. Dave, Drew, Ed, and Joe approached their spots on stage to thunderous applause as they kicked things off with a portion of the melodic track “Dreamland”. Dave’s vocals cut though the dreamy soundtrack –

The stage was set, fans were locked in, and Glass Animals ripped into two very danceable tracks next, “Life Itself”, and “Tangerine”. Performing atop a set which included a pool facade, diving board, palm trees, neon lights, and a pineapple – all in front of the giant computer screen that projected various supporting high tech graphics that supported each song.

This “dreamy” evening was packed with energy, from the band and the crowd. As band members traded keyboards for guitars, when songs warranted the change in musical instruments, it gave them the freedom to work back and forth across the stage interacting with fans.

“Space Ghost Coast to Coast” and “Gooey” received full interaction from the fans. Not to discount the rest of the songs in their set, as the entire night included the crowd singing along throughout the night.

Glass Animals appeal to a wide variety of fans, and I expected a mostly youthful crowd, but that was not the case. Sure, there was plenty of teens and twenty somethings in attendance, but there were many fans older than that jamming out, just like myself. It goes to show how great Indie Music reaches a deeper demographic than one might think.

Maybe it’s the realness in lyrics that run through many emotions. Just like the final song from their main set, “Youth”. The song takes a positive outlook from a parent’s point of view after experiencing tragic loss – very mature lyrical content.

As the main set concluded and Glass Animals exited the stage, this foursome was showered in applause. The stage lights were dimmed and the computer screen again appeared as a classic PC. As the cursor hovered over “Exit” and “Continue” buttons, the applause became deafening when it landed on “Continue”.

“Tokyo Drift” graphics filled the screen as the band took to the stage for a two song encore. As their performance of “Tokyo Drift” ended, the applause continued as Dave thanked the fans of Cleveland, which was followed by even louder applause as they struck up “Heat Waves” for the night’s final song.

Did I mention the applause? I really wish I had a decibel meter, as this crowd of 5,000 was as loud as any crowd I have been in, regardless of size. As I exited the venue, I was surprised at the ringing in my ears, from the fan noise itself.

The fans are passionate, and the band seemed truly grateful. I can’t wait to see what these four UK childhood friends turned bandmates have in store for us in the future.