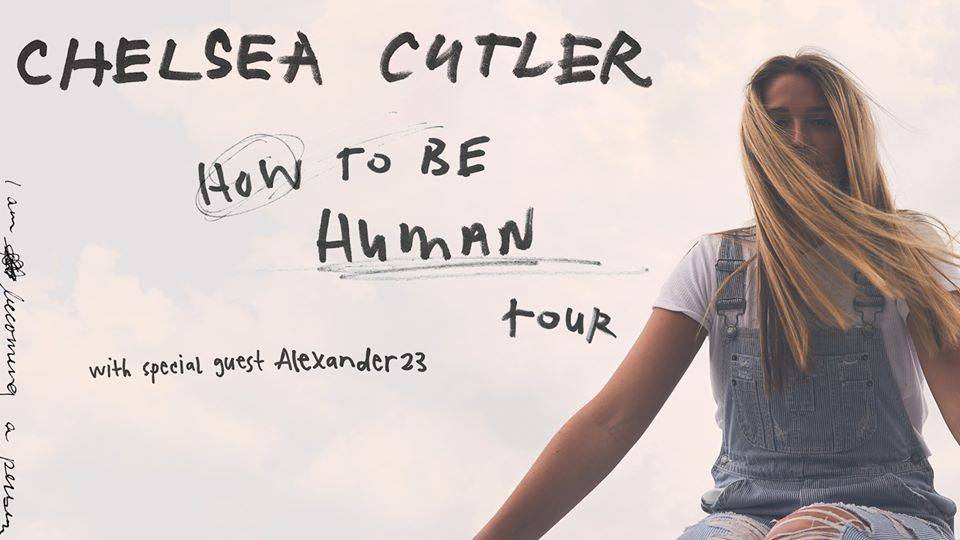 February 21, 2020 (Royal Oak, Michigan) – Tonight, X Lovers and Alexander 23 joined Chelsea Cutler in Royal Oak Michigan at the Royal Oak Music Theatre for the How to be Human Tour.

Once the doors opened, the line of fans began to pile in crowding up as close to the stage as possible ready for the show to begin. First taking the stage, pop duo X Lovers. Immediately when they began, they captured the crowd from their individual conversations. They included songs in their setlist from their 2019 album Virgin and a performance involving the crowd of fan favorite “Dreams Where Ur Murdered”.

Next up, the singer/ songwriter/ producer Chicago native Alexander 23. Alexander stepped into the spotlight in March, 2019 after the release of hit song “Dirty AF1s”. He then toured with Alec Benjamin through the summer and by October, 2019 he released his debut ep I’m Sorry I Love You. Now Alexander is touring the US with Chelsea Cutler on the How to be Human Tour and stealing the hearts of every person in the crowd. With the combination of his wild range and unique voice and his crazy amazing guitar solos he captured the entire crowd. His set included a few covers of “Party in the USA” and “Everybody Wants to Rule the World”. He also included some music from his ep such as “Mars” and his song off of the 13 Reasons Why (Season 3) Soundtrack “Another Summer Night Without You”. Finally, he performed his newest single “I hate You So Much” with one of the best performances I’ve ever seen.

Finally up to the stage, Chelsea Cutler. The singer/ songwriter released her breakout song “Your Shirt” in 2017 and since then she has been climbing upon the charts. In 2018 she released two separate mixed tapes Sleeping With Roses and Sleeping With Roses II and sold out her first US headlining tour. She then released a collaborative ep titled Brent with Jeremy Zucker in May 2019. Later in the year, she released her debut album How to Be Human and began touring in support of it this year. Tonights show just proved why she has been selling out shows so frequently. Her high energy and soft yet powerful voice filled the room and satisfied everything the fans hoped for. Throughout her set, the entire crowd sang along every word to every song and couldn’t help but move their feet. From slow and heartfelt performances of her fan favorite songs “nj” and an acoustic piano performance of hit song “You Were Good to Me”, to high energy performances including “Not Ok” in collaboration with Kygo. To end the night, she brought back out Alexander to perform their song “Lucky”.

Although the How to be Human Tour is halfway over, you can get tickets to the remaining dates here and follow their specials for future music and tour updates.