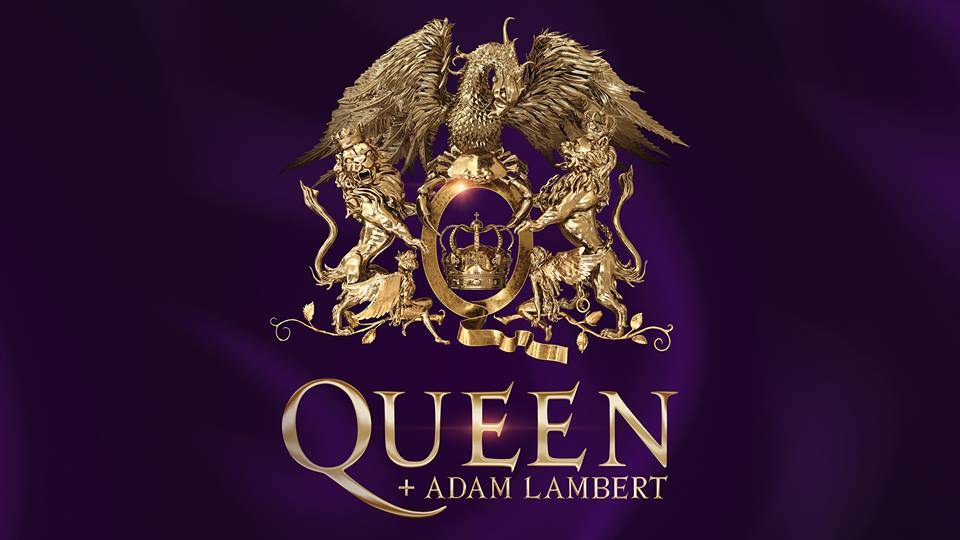 Los Angeles, California (December 3, 2018) – The soaring success of Bohemian Rhapsody – the Freddie Mercury/Queen movie that is set to become the biggest grossing music biopic of all time – has proven that the public’s love for Queen remains as strong as ever. Longtime fans and recent converts will be thrilled to discover then, that Queen – original band members Brian May and Roger Taylor, teaming up once more with longtime front man Adam Lambert on lead vocals – will return to North America next year. Produced by Live Nation, the epic 23-date arena and stadium Rhapsody tour is set to run from mid-July through late August with an all new concert experience.

Tickets for the Rhapsody tour go on sale to the general public starting December 7th at LiveNation.com at 10AM local time.   Queen and Adam Lambert Fan Club Presales will run from 10AM local time through 10PM local time on Thursday, December 6th.

Going under the Rhapsody header, the six-week tour will debut a brand new larger-than-life production. Stufish Entertainment Architects’ set designer Ric Lipson says: “Queen + Adam Lambert’s Rhapsody tour will, once again for them, expand the parameters of what a live music experience can be. This new show promises to be their most spectacular yet, an innovative and interactive celebration of the continued power of Queen’s music.”

The tour follows an acclaimed run of 10 sold-out shows at the MGM Park Theater, Las Vegas in September 2018 and will kick off July 10th at Vancouver Rogers Arena. Stop-offs include some of the most history-packed venues in the US and Canada, including The Forum in Los Angeles (the last venue the original line-up played in North America on September 15, 1982) and New York City’s Madison Square Garden (the site of past Queen glories, including a memorable performance from Queen + Adam Lambert on July 17, 2014). It will wrap August 23rd at Spectrum Center in Charlotte, NC.

Announcing their Rhapsody tour Roger Taylor said: “We are ready for America and raring to get back in the saddle.”

Adam Lambert said: “We have been designing a brand new visual spectacle that will reframe these iconic songs and we are excited to unveil it!”

With Brian May adding:“ This is a great opportunity.   Our last tour featured our most ambitious production ever, and got us our best notices ever.   So we decided to rip it apart and get even more ambitious!  Watch out, America! “

Since Adam Lambert first shared the stage with Queen for the 2009 American Idol final, his dynamic performances have reinvigorated the band and delighted fans worldwide. Their first full show together – starting as they meant to go on – thrilled a half-a-million-strong crowd in the Ukraine capital city of Kiev in June 2012. Since then May and Taylor’s musical fireworks have been matched by Lambert’s vocal prowess and stage presence, making for an explosive combination. Over 180 gigs later, the partnership has proven a commercial and critical triumph, playing to enraptured full houses in every corner of the world.

Completing the tour line-up are long-term collaborator Spike Edney on keyboards, Neil Fairclough on bass, and Tyler Warren on percussion.

Never known to rest on their laurels, Queen on this Rhapsody tour will unveil a stage show as experimental and rule-defying as the hit-packed Queen back catalogue. The band have worked with the creative partners behind the eye-popping News Of The World 2017 tour – Ric Lipson of Stufish Entertainment Architects handling set design; Rob Sinclair on lighting design; and Sam Pattinson of Treatment Studio behind the video content – to develop an unmissable show.

The tour follows a hugely successful time for Queen + Adam Lambert. 2014 saw them complete their first, rapturously-received North American tour together, as well as massive festival headline slots in Asia and a sold-out arena tour of Australia and New Zealand, leading to them being crowned Band Of The Year at the 10th annual Classic Rock Roll Of Honor awards and Best Live Band Of The Year in Ultimate Classic Rock’s Reader’s Poll.

And they kept up the momentum – in early 2015 they embarked upon their first full European tour together, including two nights at London’s O2 Arena and in September of that year they hit South America, with a headline appearance at Brazil’s Rock In Rio festival seeing them rock a crowd of more than 80,000 people. 2016 saw yet more enormous headline slots, with a celebratory set at the legendary Isle Of Wight Festival one of many highlights. They continued in 2017/2018 with full-blown tours of North America, Australia and New Zealand, and Europe. Their run of UK dates earlier this year sold out in less than half-an-hour, their reputation obviously preceding them.

Then along came 20th Century Fox’s Bohemian Rhapsody. The movie has topped the cinema box office in more than 35 countries around the world since its late October release, drawing worldwide box office receipts in excess of $500 million. The excitement the film inspired also saw Queen propelled back on to the music charts, where they hit No. 1 on Billboard’s Artist 100 Chart, reminding fans why they loved them and dazzling the previously-uninitiated. In the US, the band scored its highest-charting album in 38 years with the Bohemian Rhapsody soundtrack (Hollywood Records), which surged from No. 25 to No. 3 on the Billboard 200 chart on November 17, reached the top of the Billboard Rock Albums chart and were Spotify’s most streamed artist in the world for the week ending November 22. Rolling Stone called the album “more than just a greatest hits”, praising it as “a fun imaginative way to relive the band’s genius.” In the same week, Queen’s Greatest Hits Vol I, II & III: The Platinum Collection rocketed from No. 194 to No. 9 on the Billboard 200 and they had a jaw-dropping 22 songs charting on the Digital Rock Tracks chart including seven of the Top 10.

In the UK the release of Bohemian Rhapsody has also given a healthy boost to Queen‘s music on streaming services. Rhapsody remains their most popular, with 50.4 million streams, followed by Don’t Stop Me Now on 46.1 million plays.

When Freddie sang The Show Must Go On all those years back, even he couldn’t have guessed that Queen music would still be storming the charts in 2018. Next summer, the stages of North America will be well and truly rocked again. You can’t help thinking Freddie would be overjoyed.

Adam Lambert
Brian May on Adam Lambert: “Adam is a real gift from God. He’s a voice in a billion. Nobody has that range – nobody that I’ve ever worked with – and not just the range but the quality throughout the range. I’ve seen Adam develop just like I watched Freddie develop.”

After blowing everyone away on the eighth season of American Idol, Adam Lambert went on to release his debut album, For Your Entertainment, which included the international hit Whatya Want From Me and earned him a Grammy Award nomination. Adam followed this success with his second album, Trespassing, which became the first album to reach the No. 1 spot in the US and Canada by an openly gay artist. His highly-anticipated third album, The Original High,  was executive produced by Max Martin and Shellback and included the smash hit Ghost Town. Adam joined the cast of Glee for a six-episode story in 2013 and performed the role of Eddie in Fox’s The Rocky Horror Picture Show. He went on to judge on The X Factor Australia where the artist he mentored, Isaiah, won the show. As well as touring the US with Queen, 2019 will see Adam release his fourth album, and also star is his first animated feature: The Playmobil Movie.